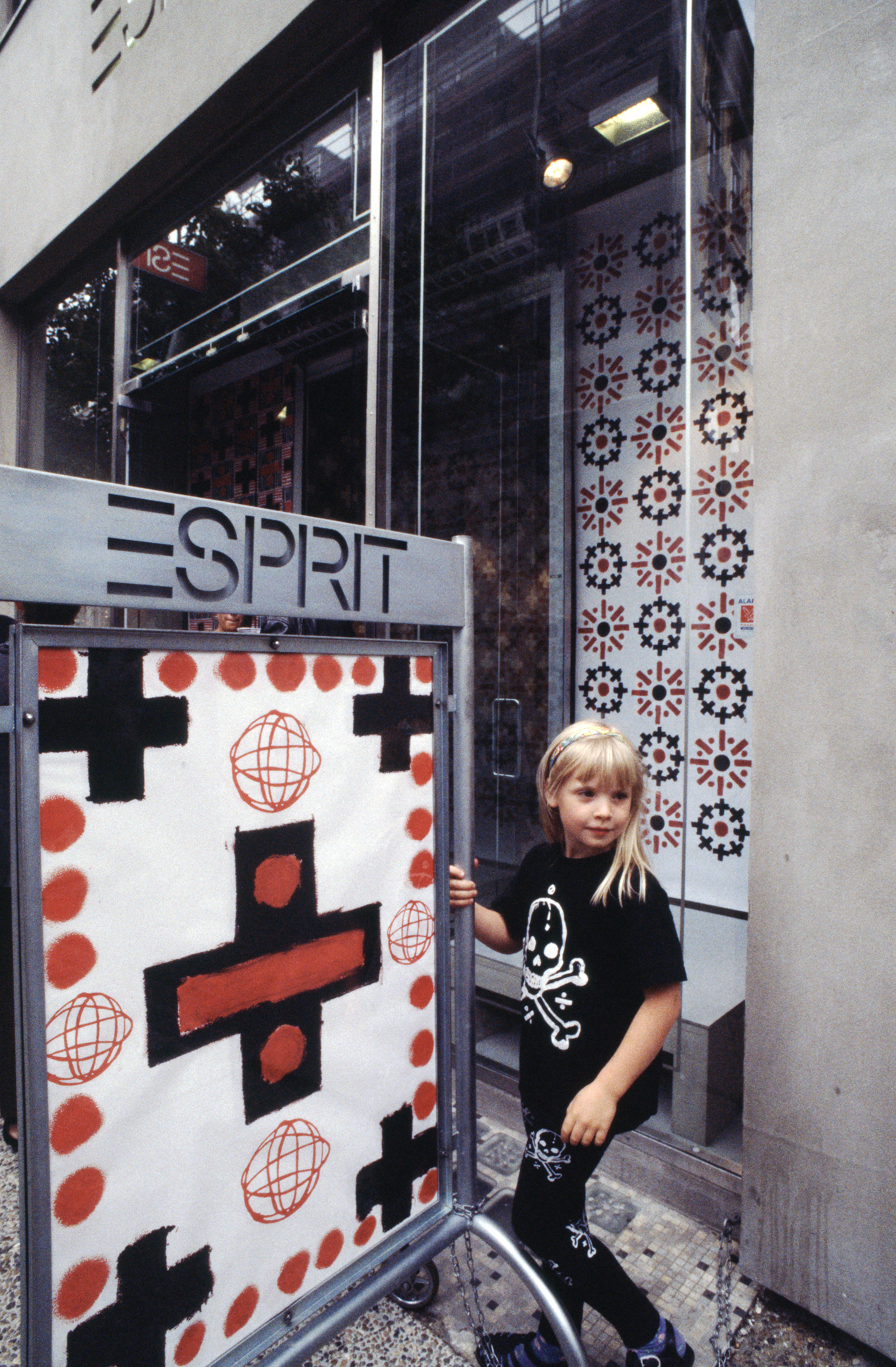 To put signs into the world means to add meanings. Design however in the lack of a danish word that would read “de-draw“, has to mean drawing something. 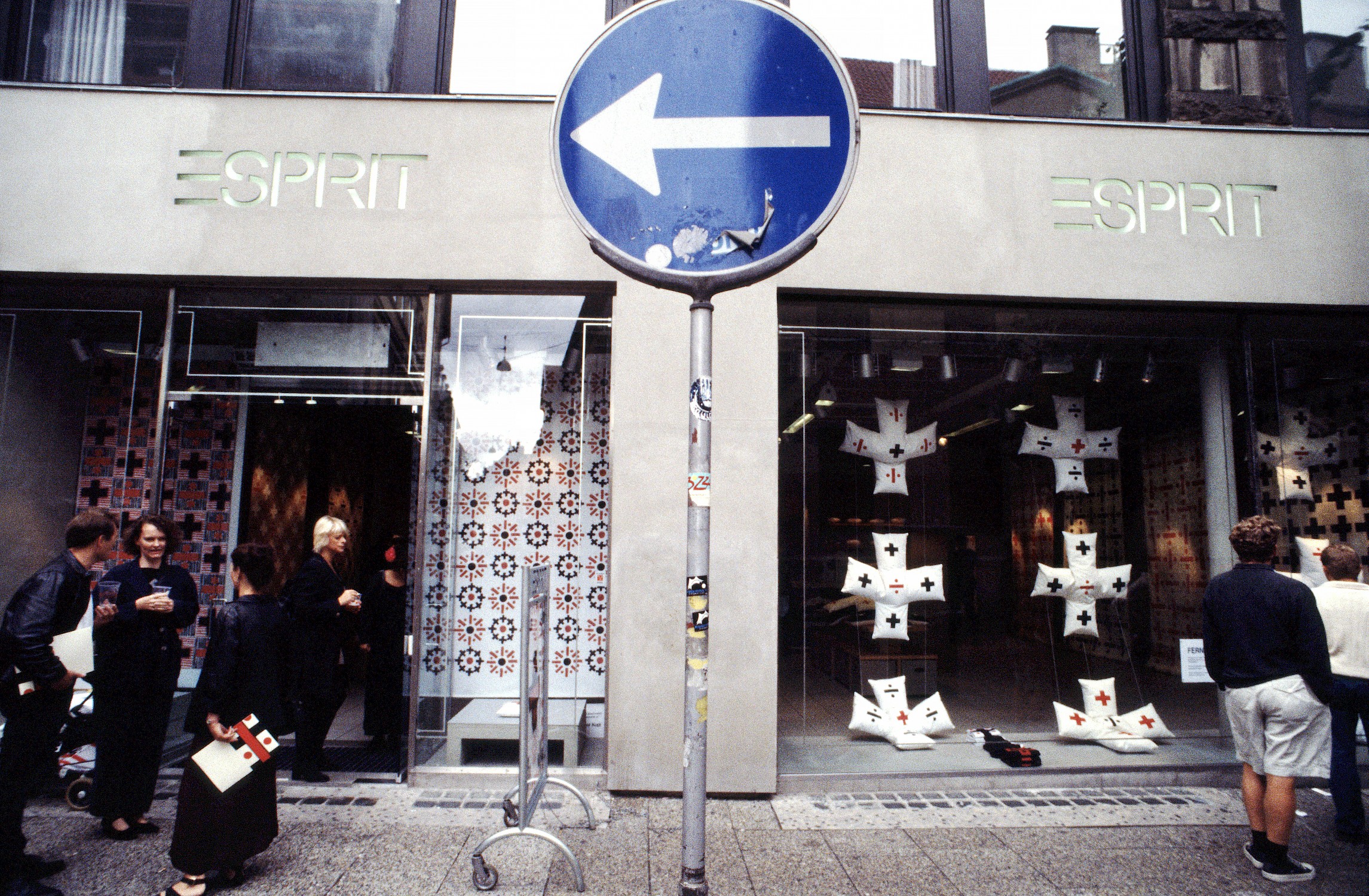 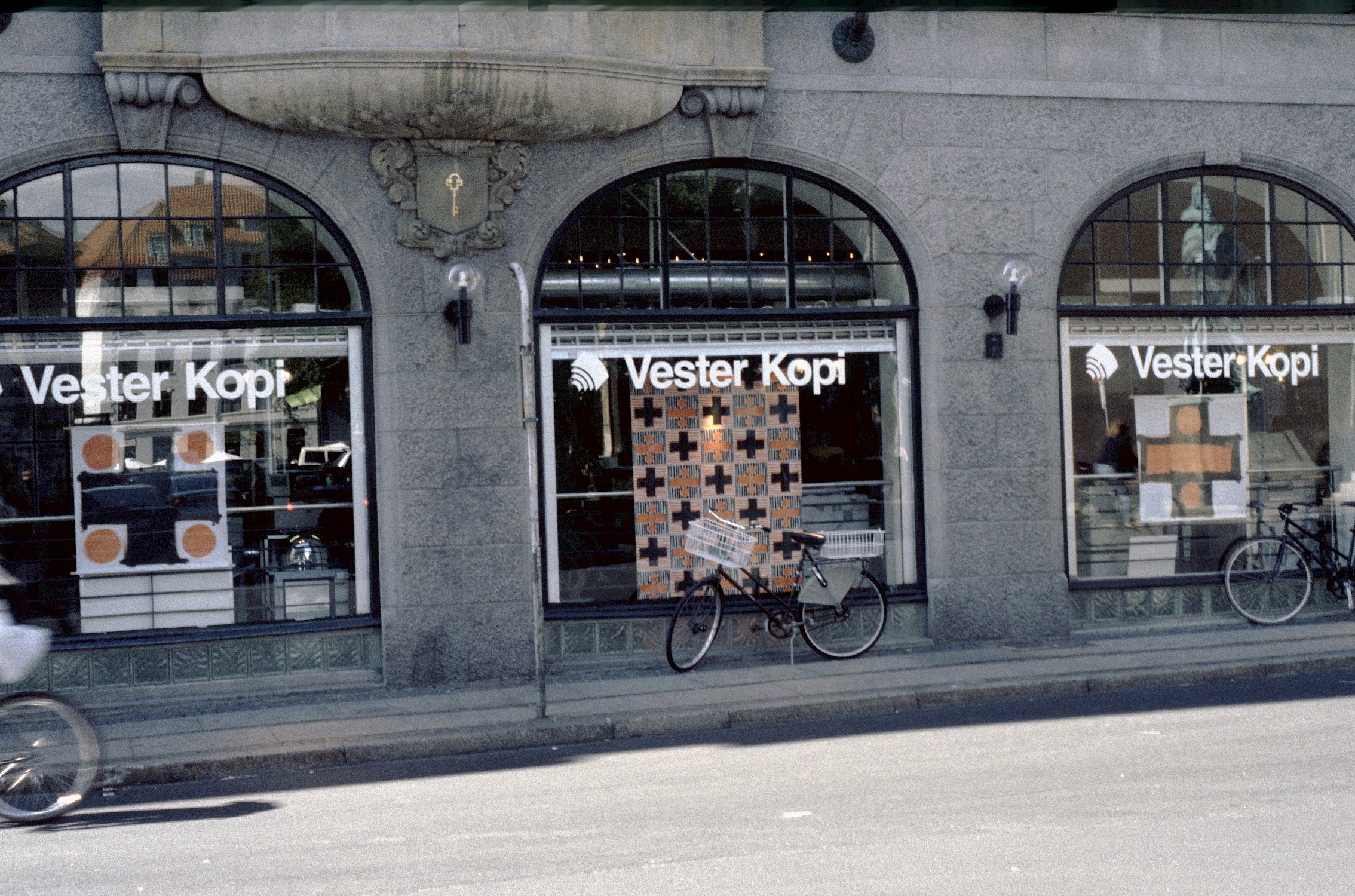 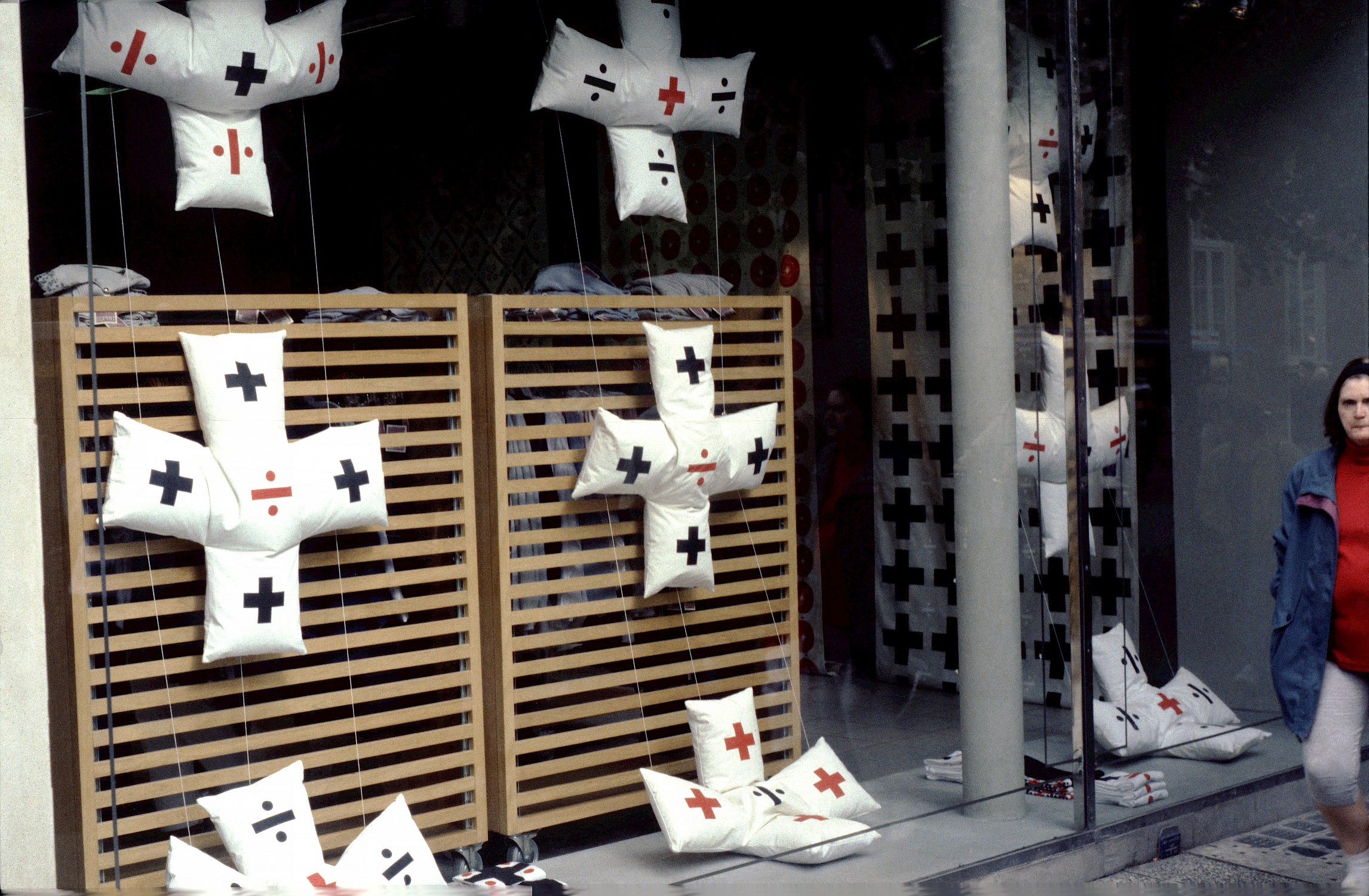 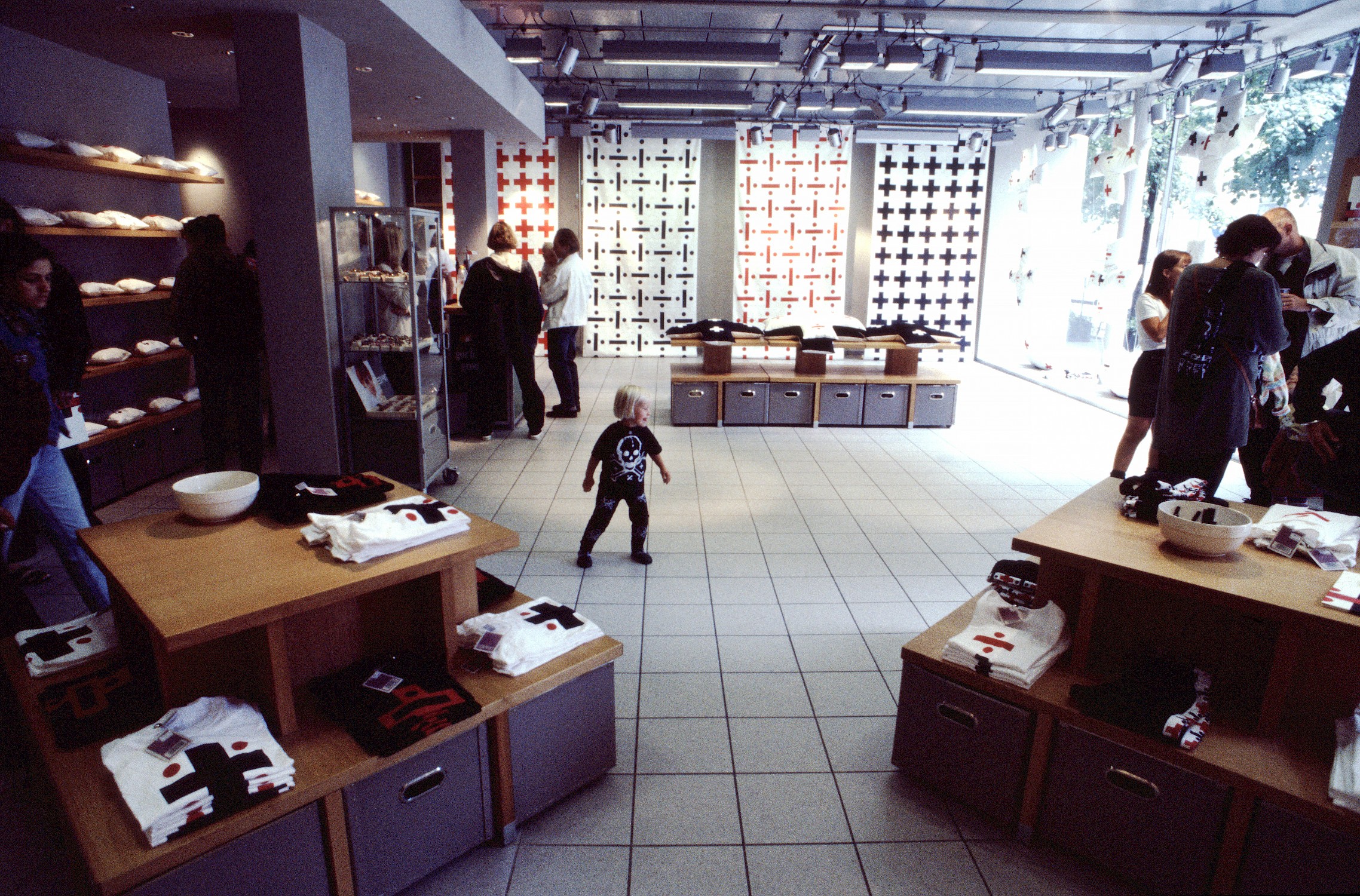 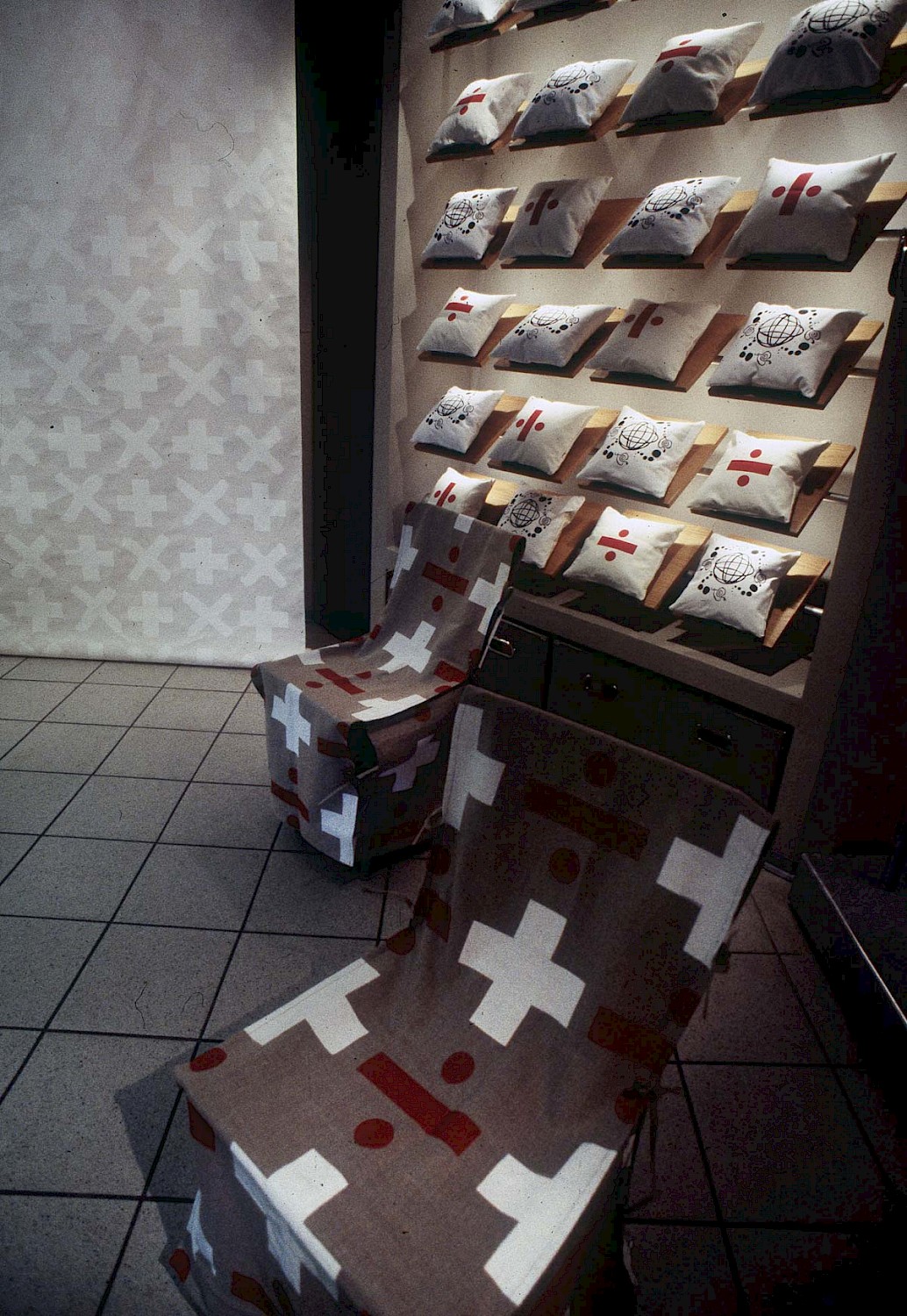 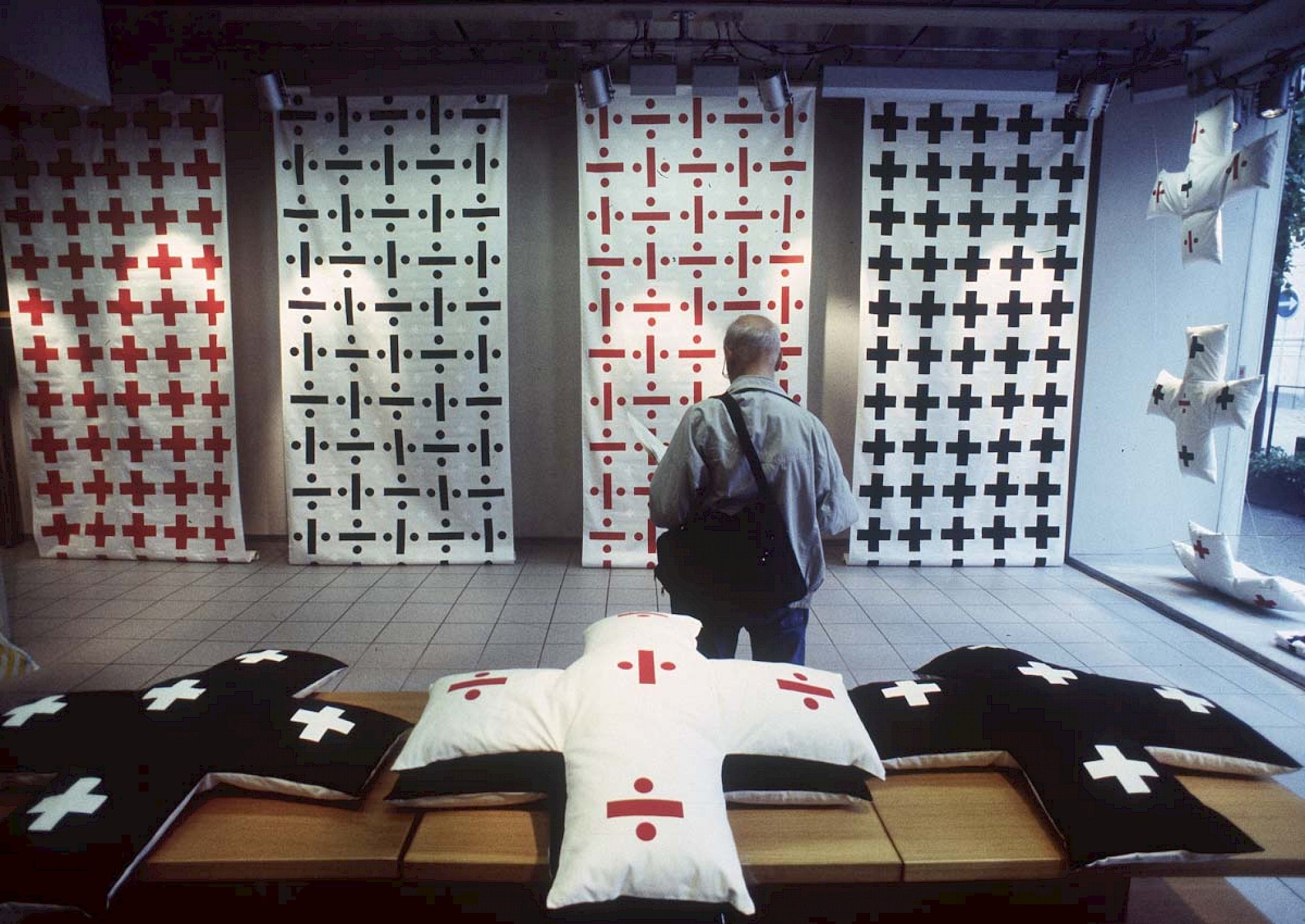 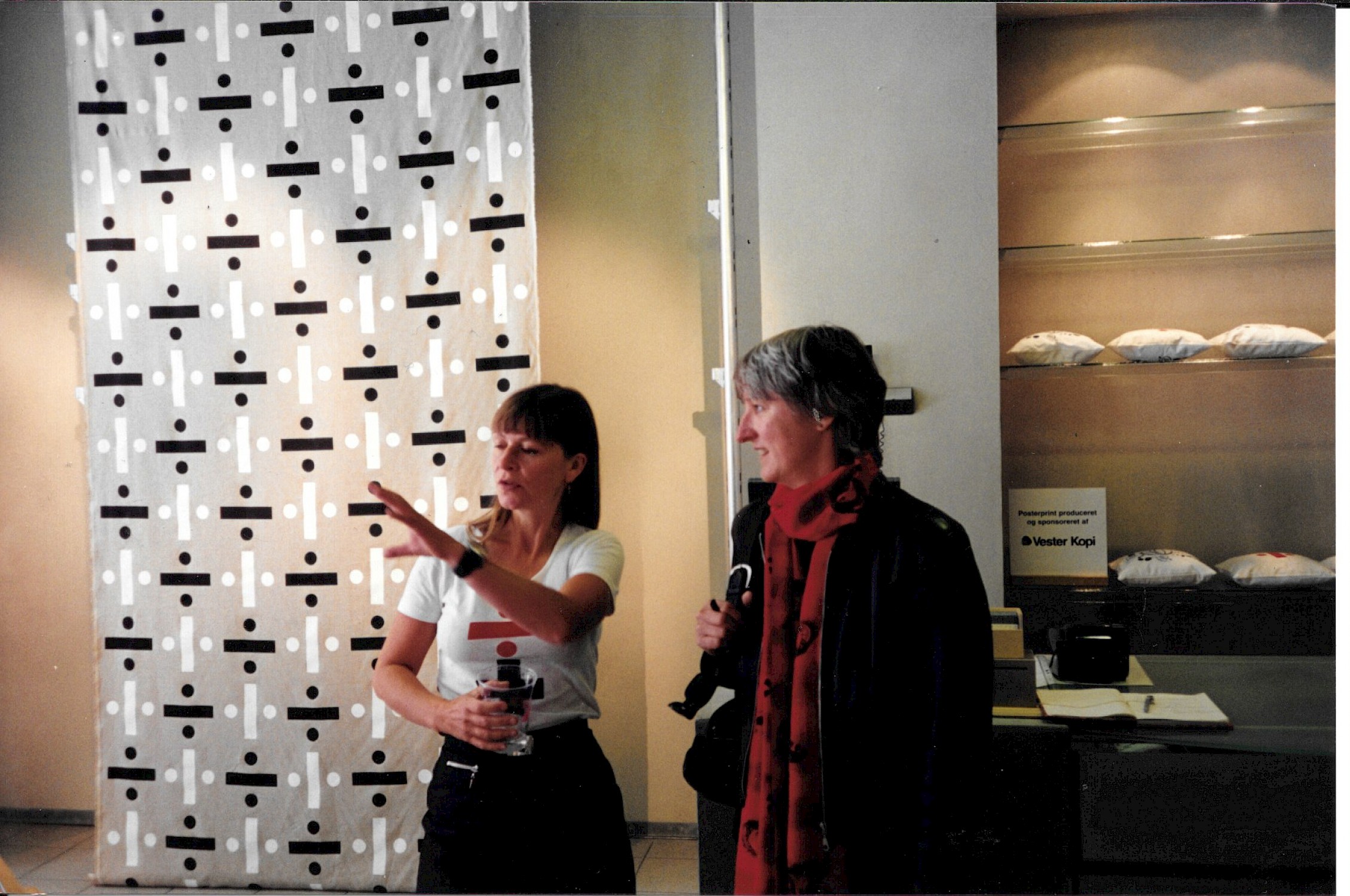 Vibeke Rohland is a designer in the manyfold meanings of the word. Design is derived from the French word dessin which means to draw, that again is derived from the latin word designare coming from signum (signs); but she doesn’t just put signs to or draws the everyday, she designs it. Not like the trivial designer or createur who speaks of design as the last superfluous addition to an object determined by function or convention. She forces us to see and ask: why?

In the universe of Vibeke Rohland we can’t take the world for granted. By de-signing, de-drawing the world it becomes visible to us anew. 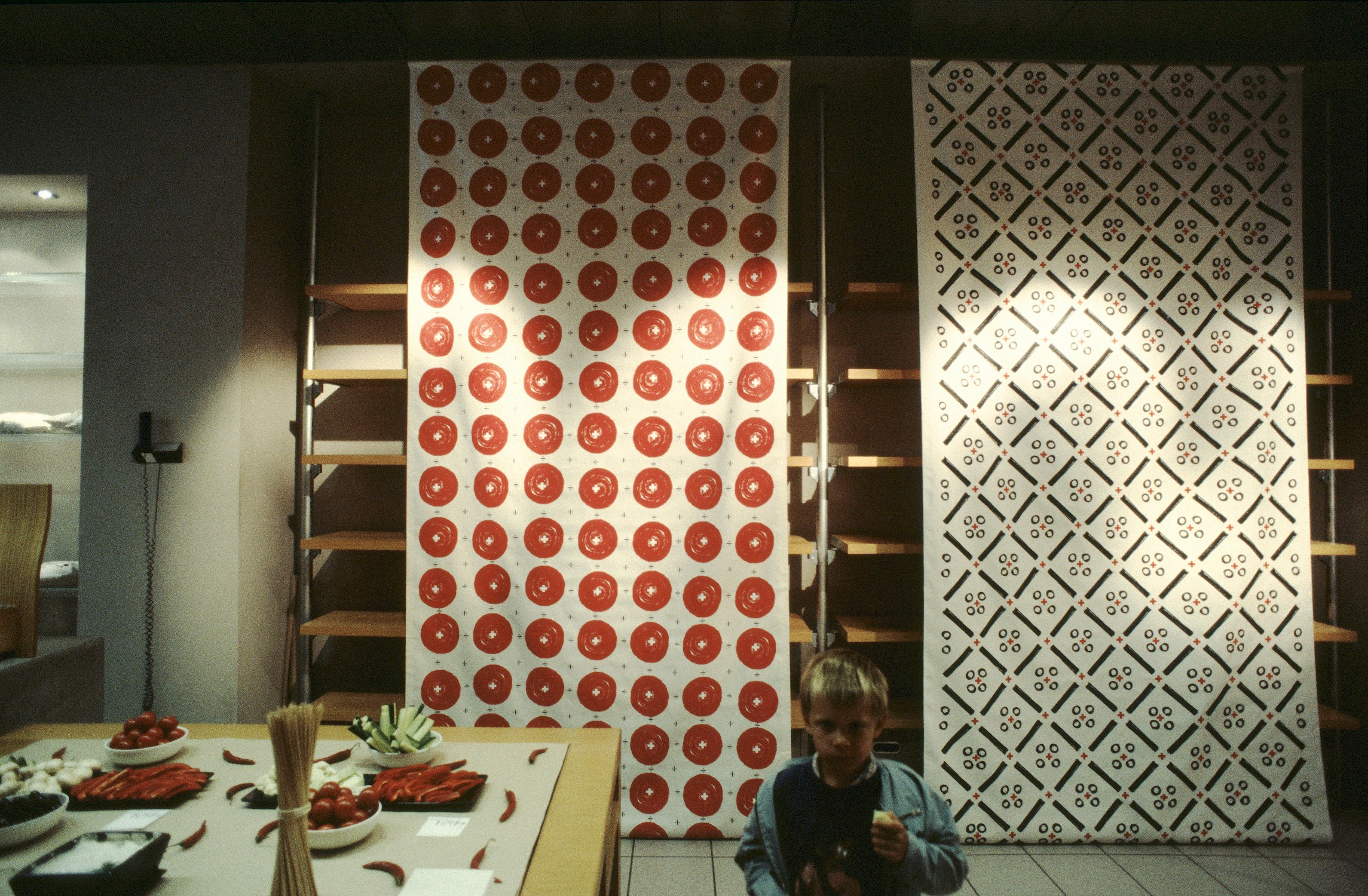 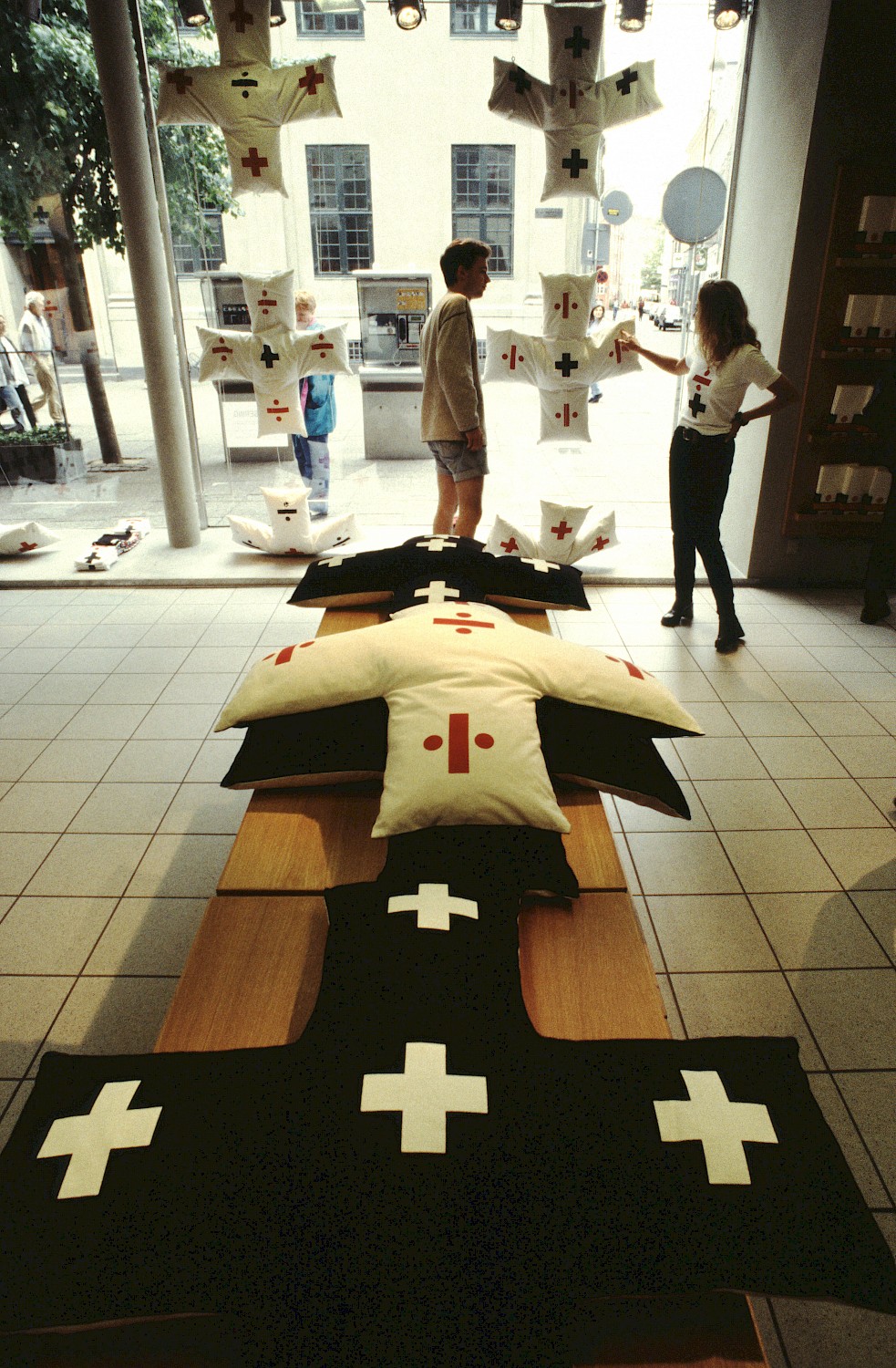 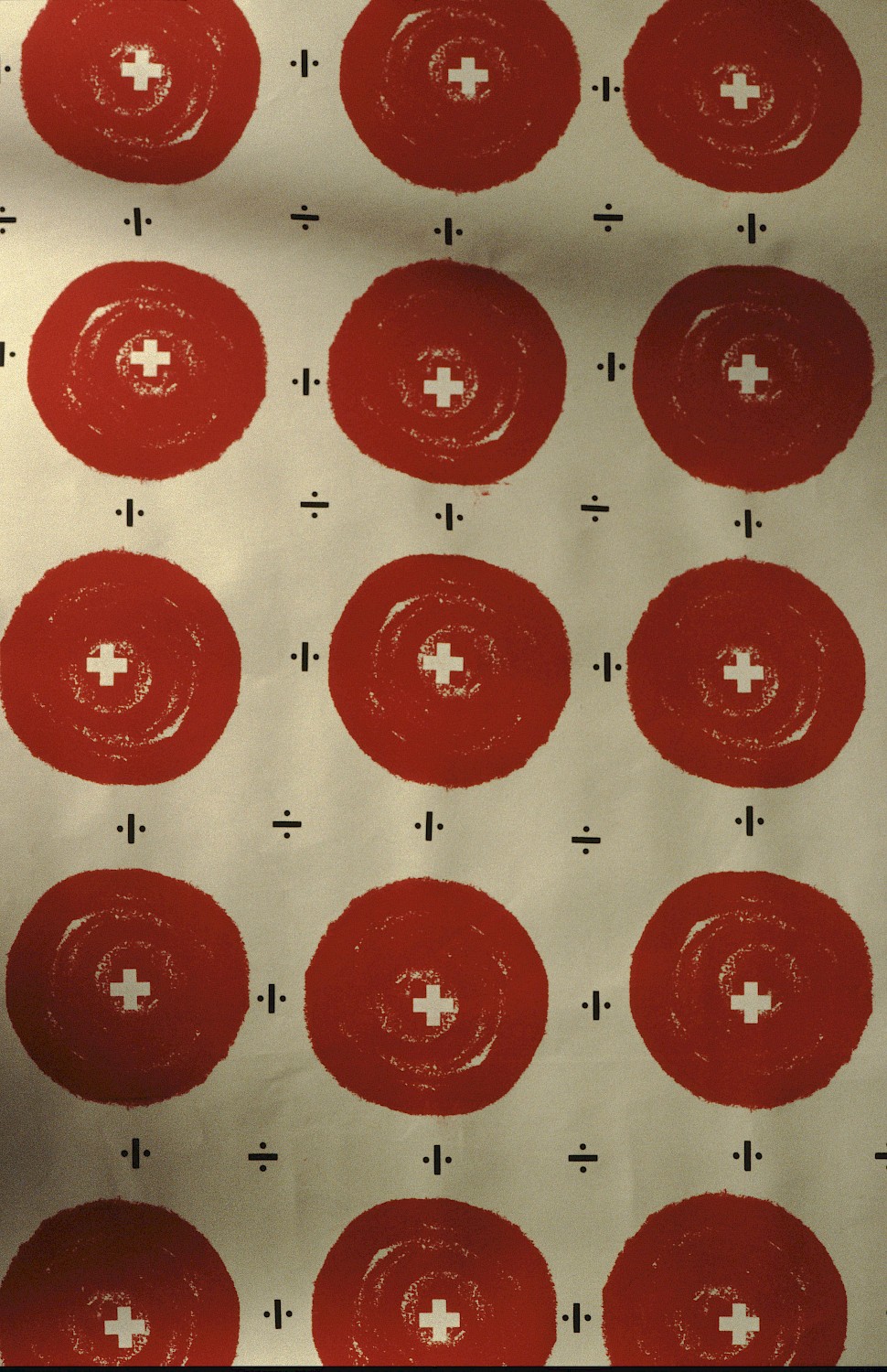 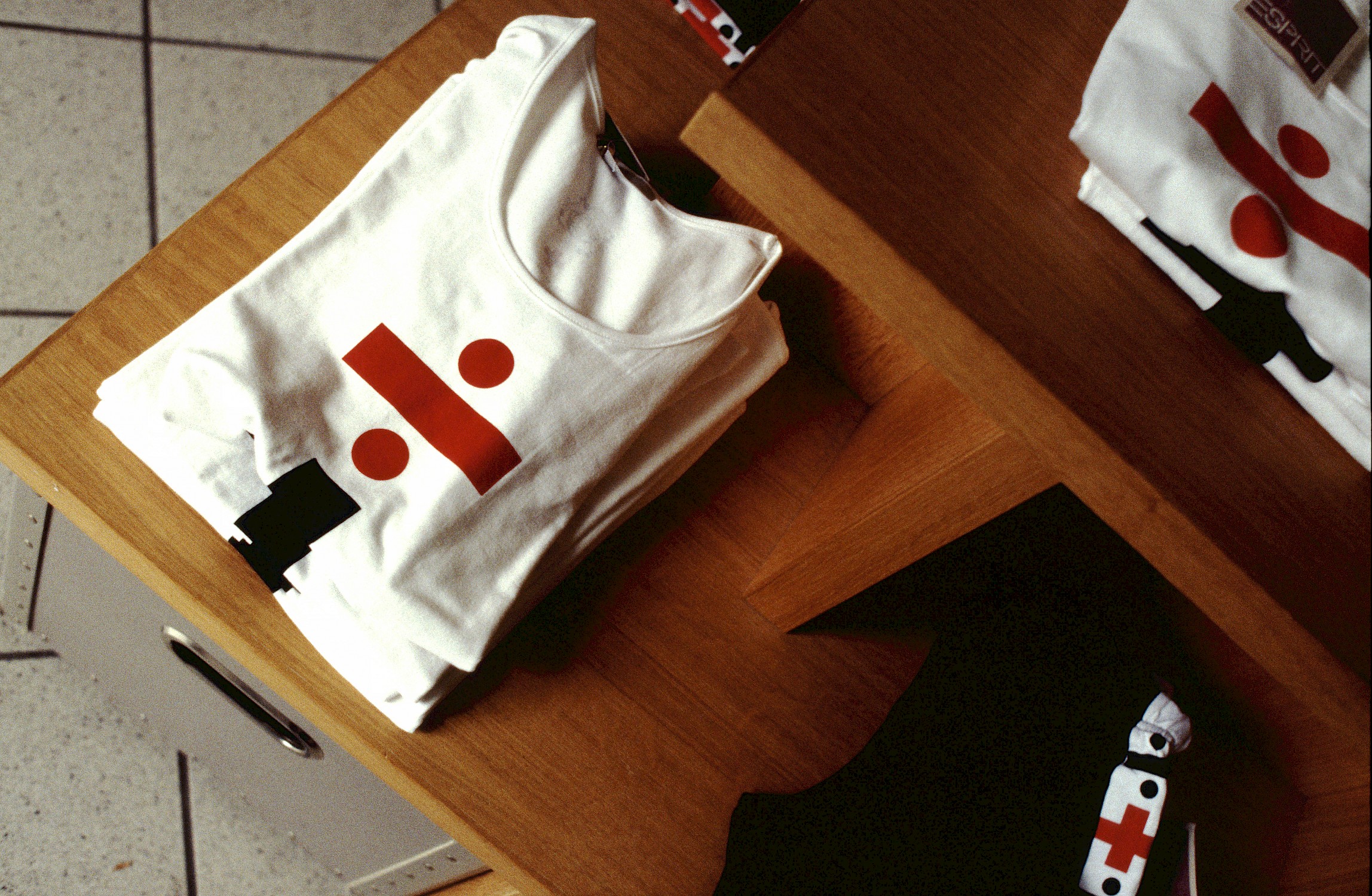 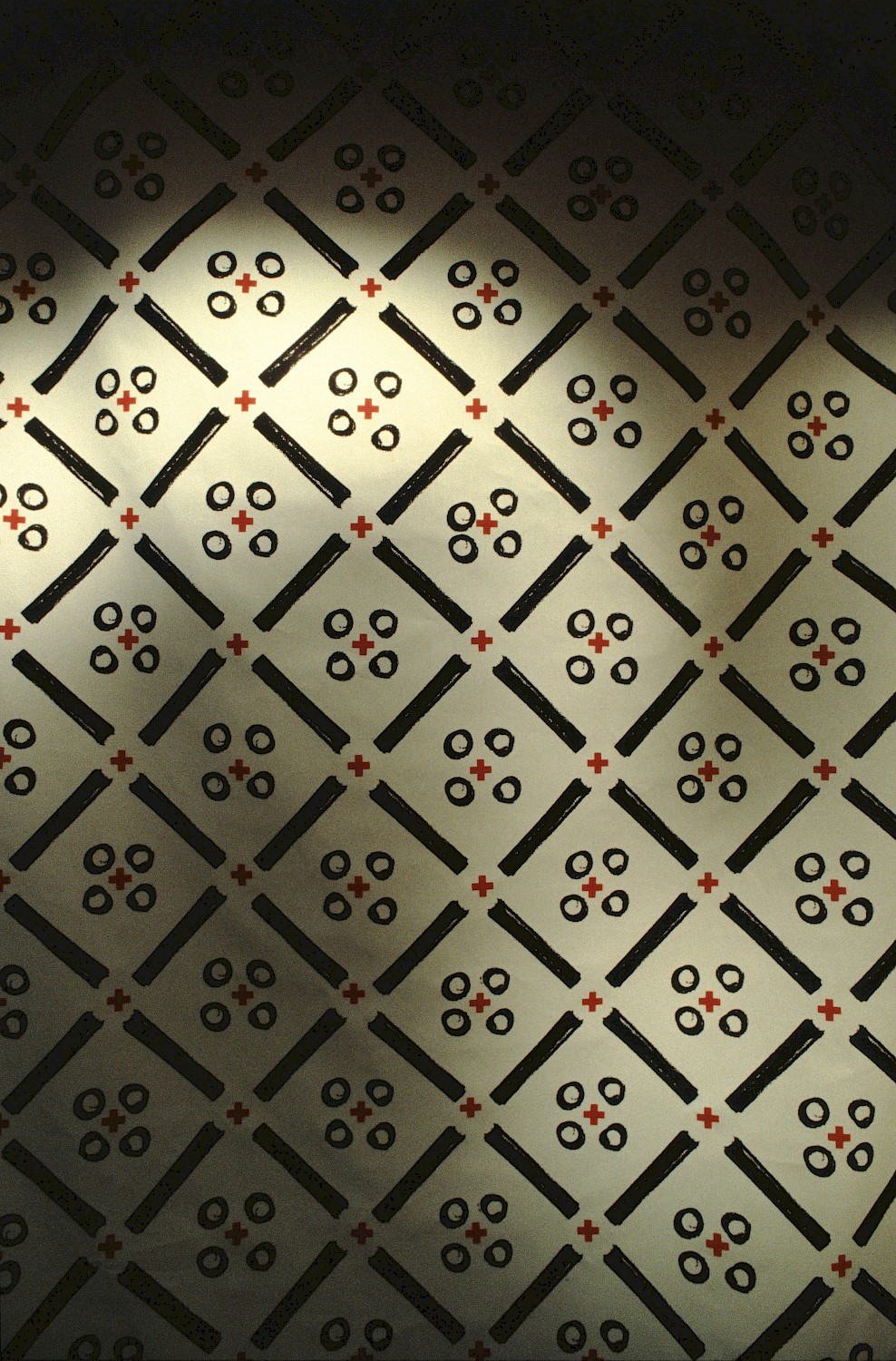 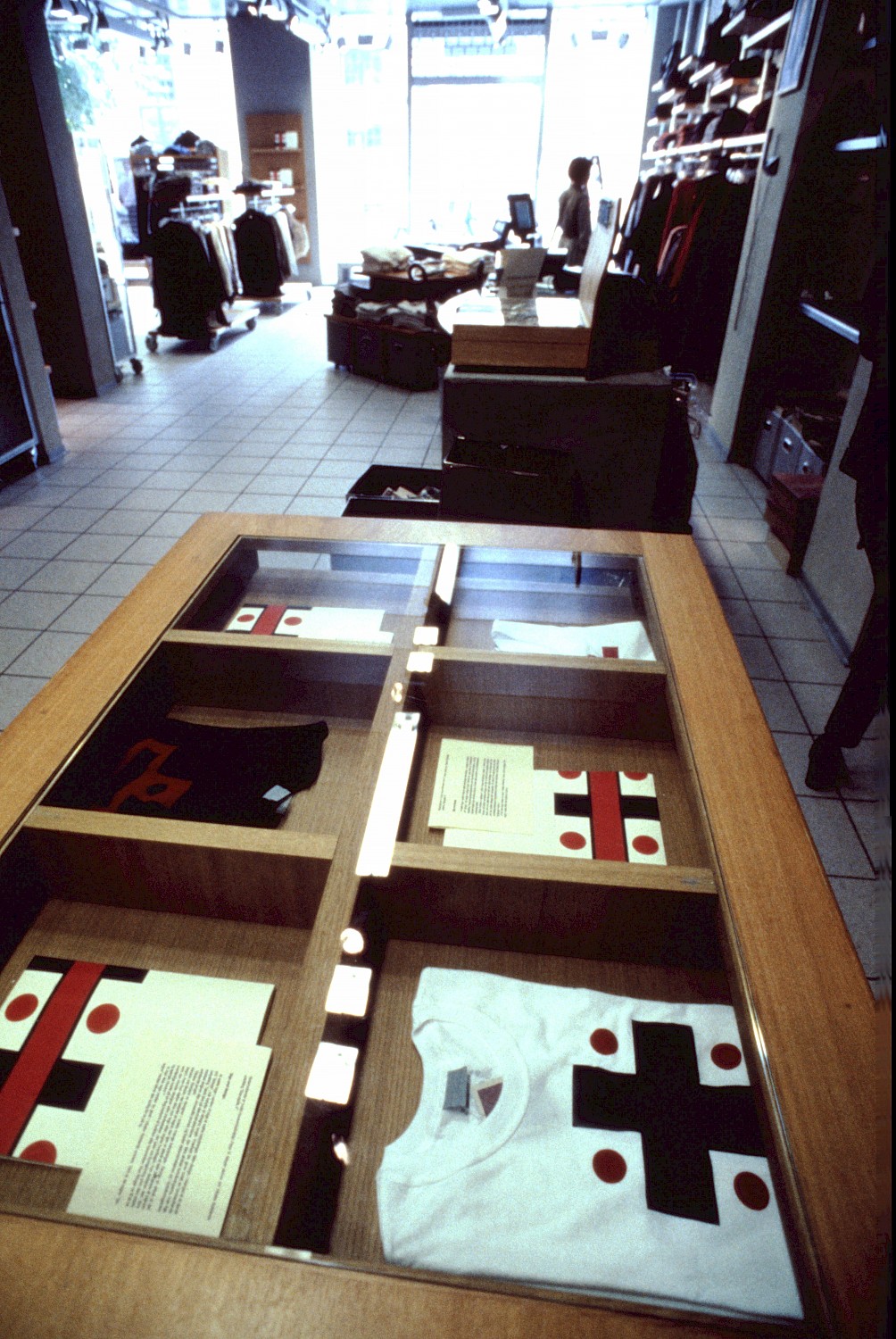 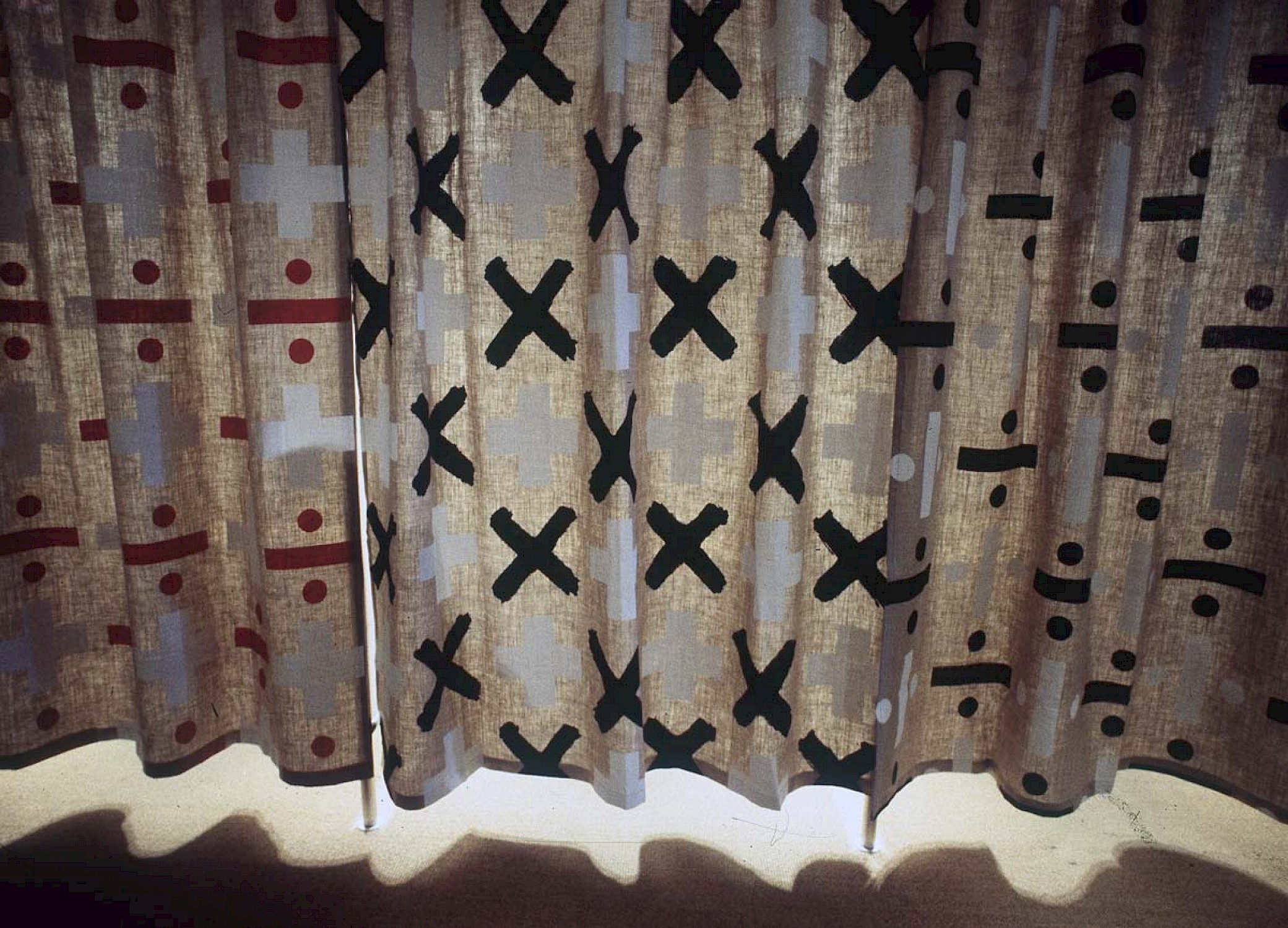 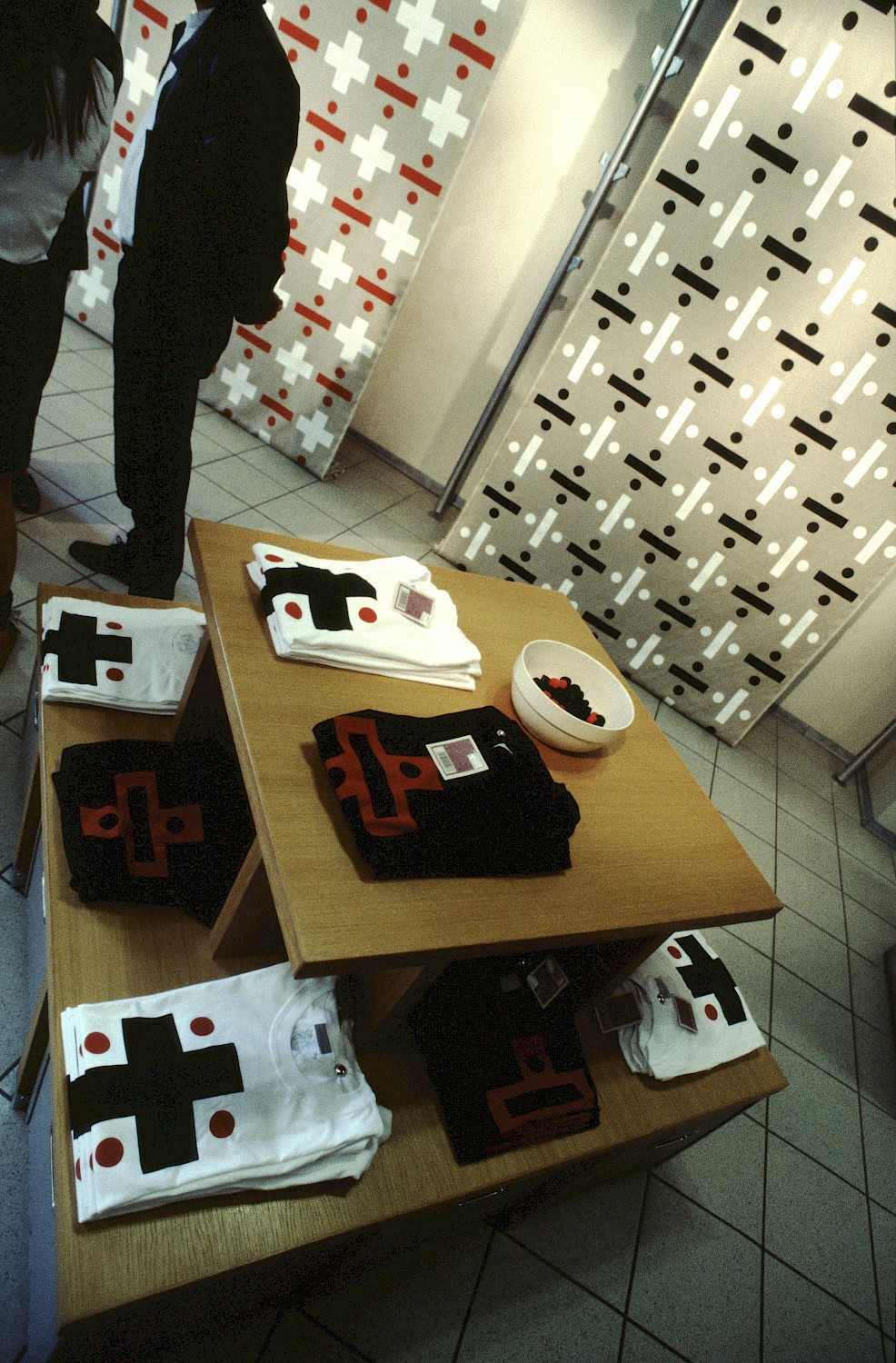 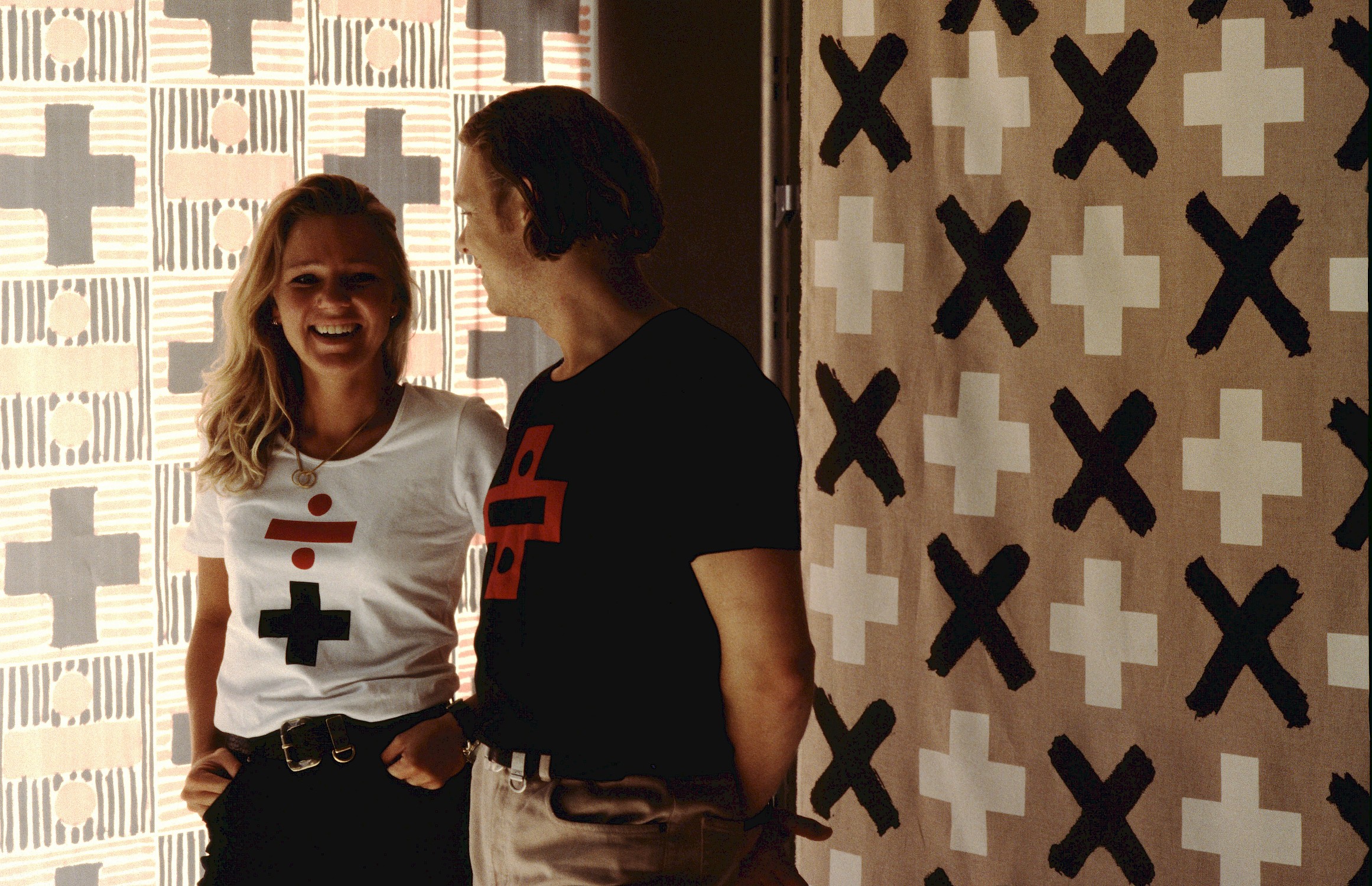 Total instalation in ESPRIT Flagshipstore and other ESPRIT stores.
Handprinted pillows placed in shoerags, changingroom with curtains, Pluspillows and wallhangings. 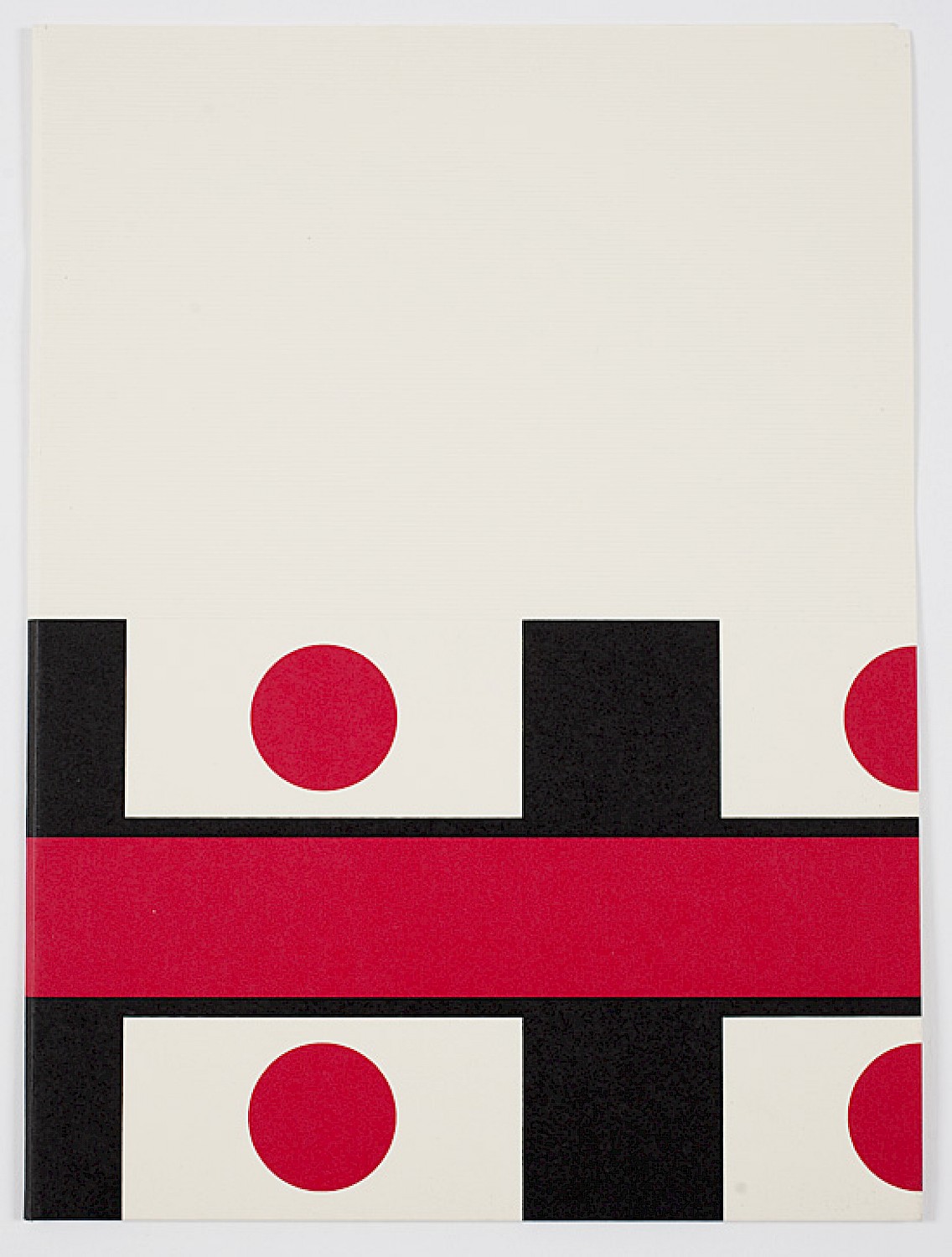 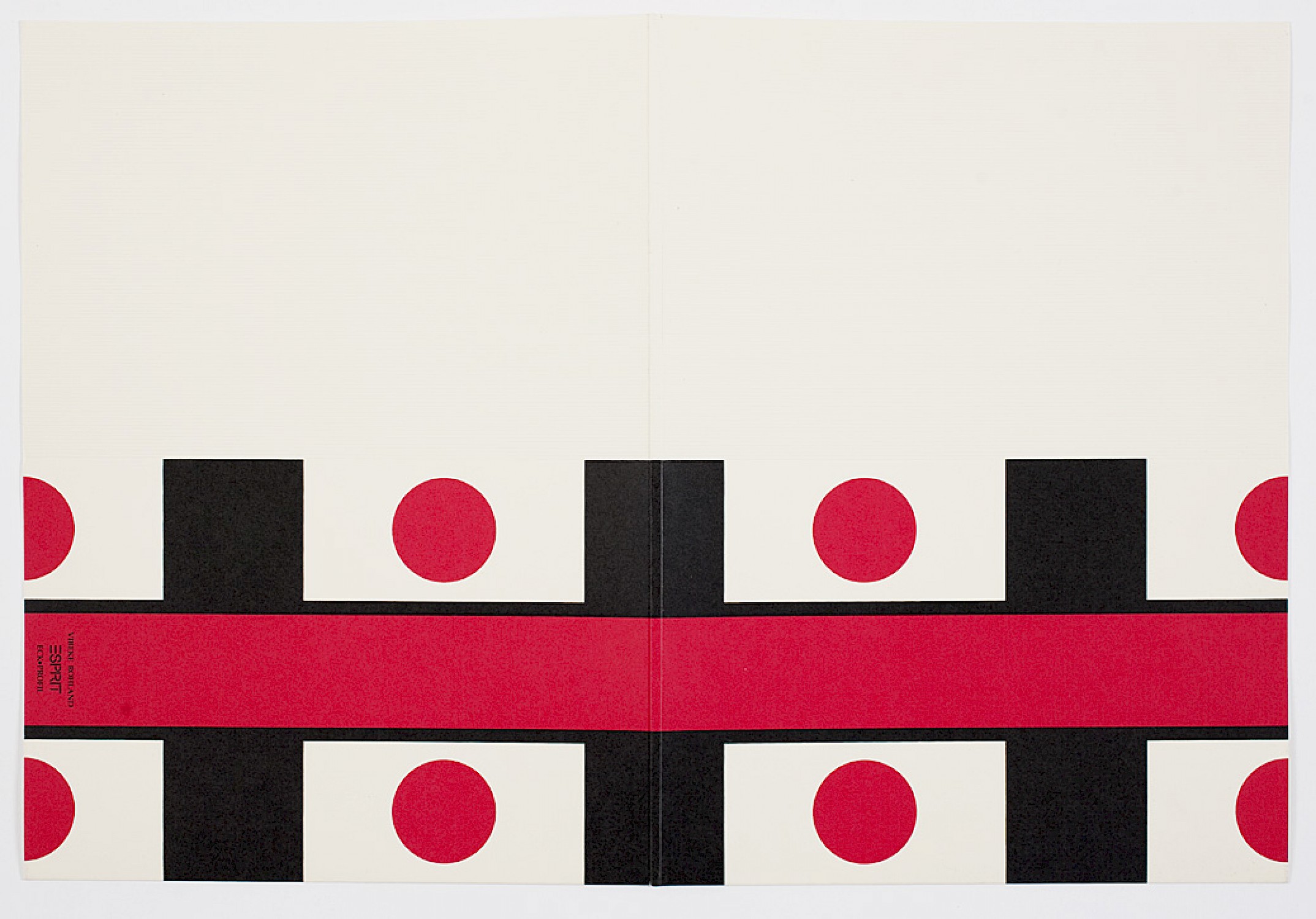 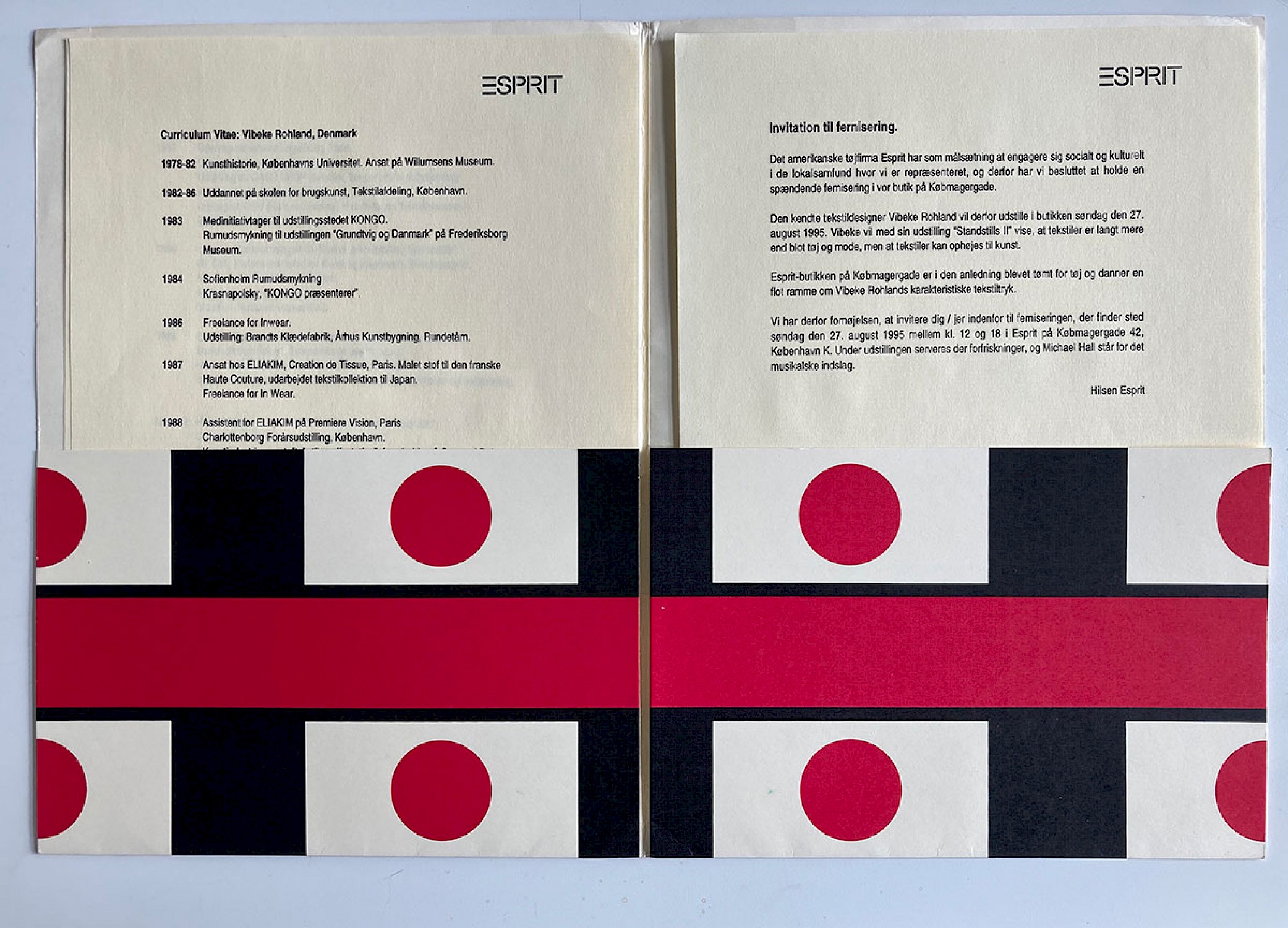 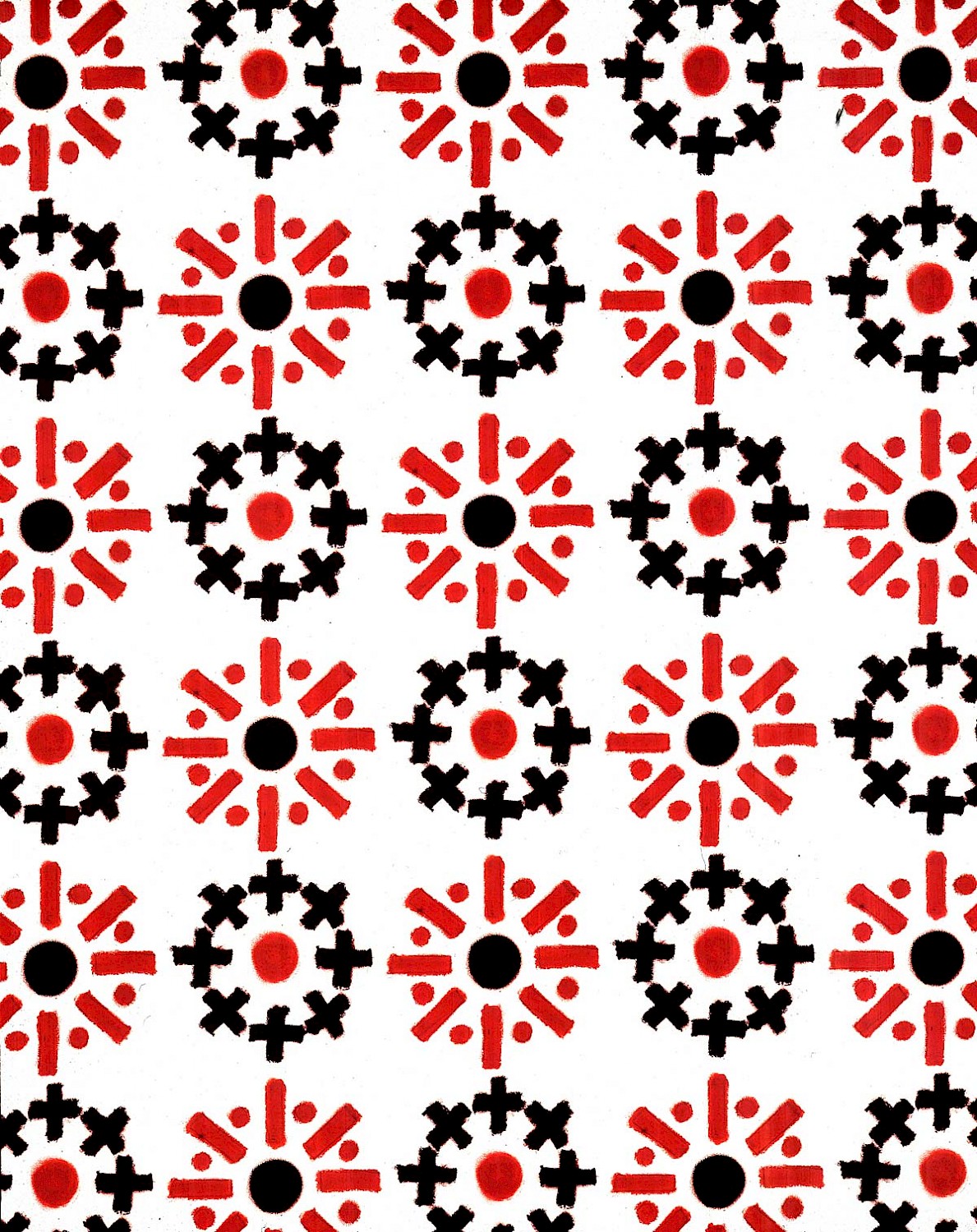 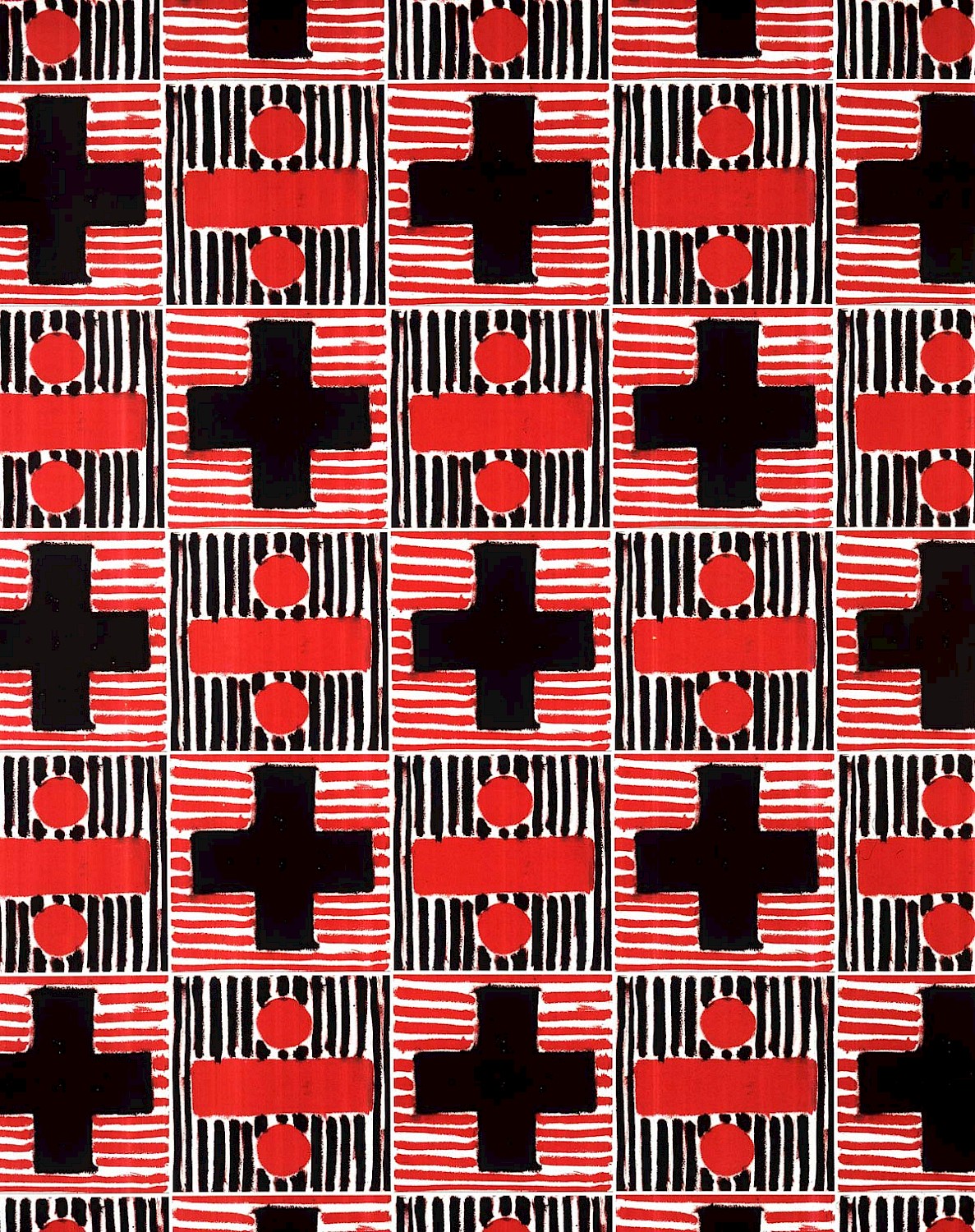 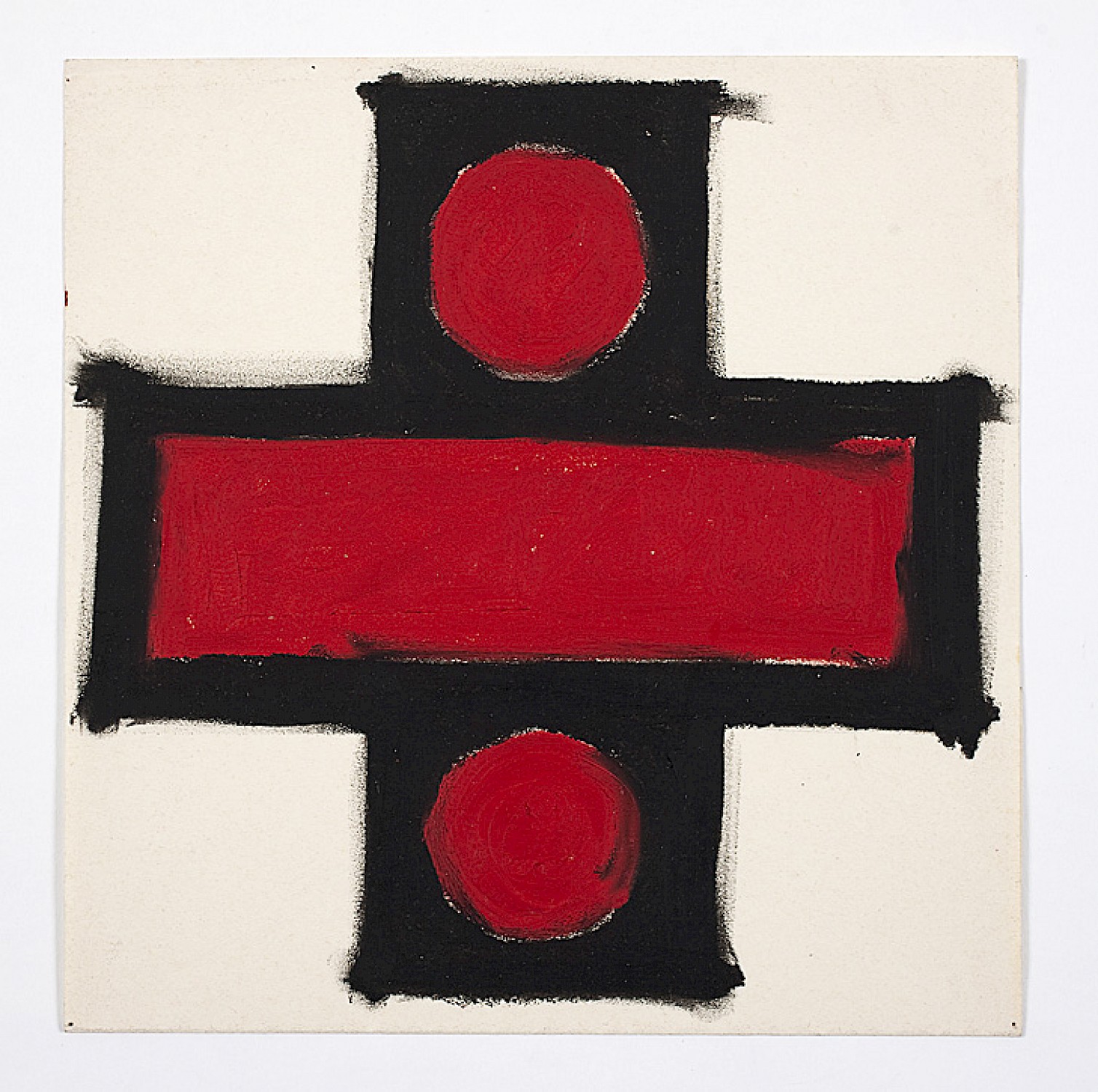 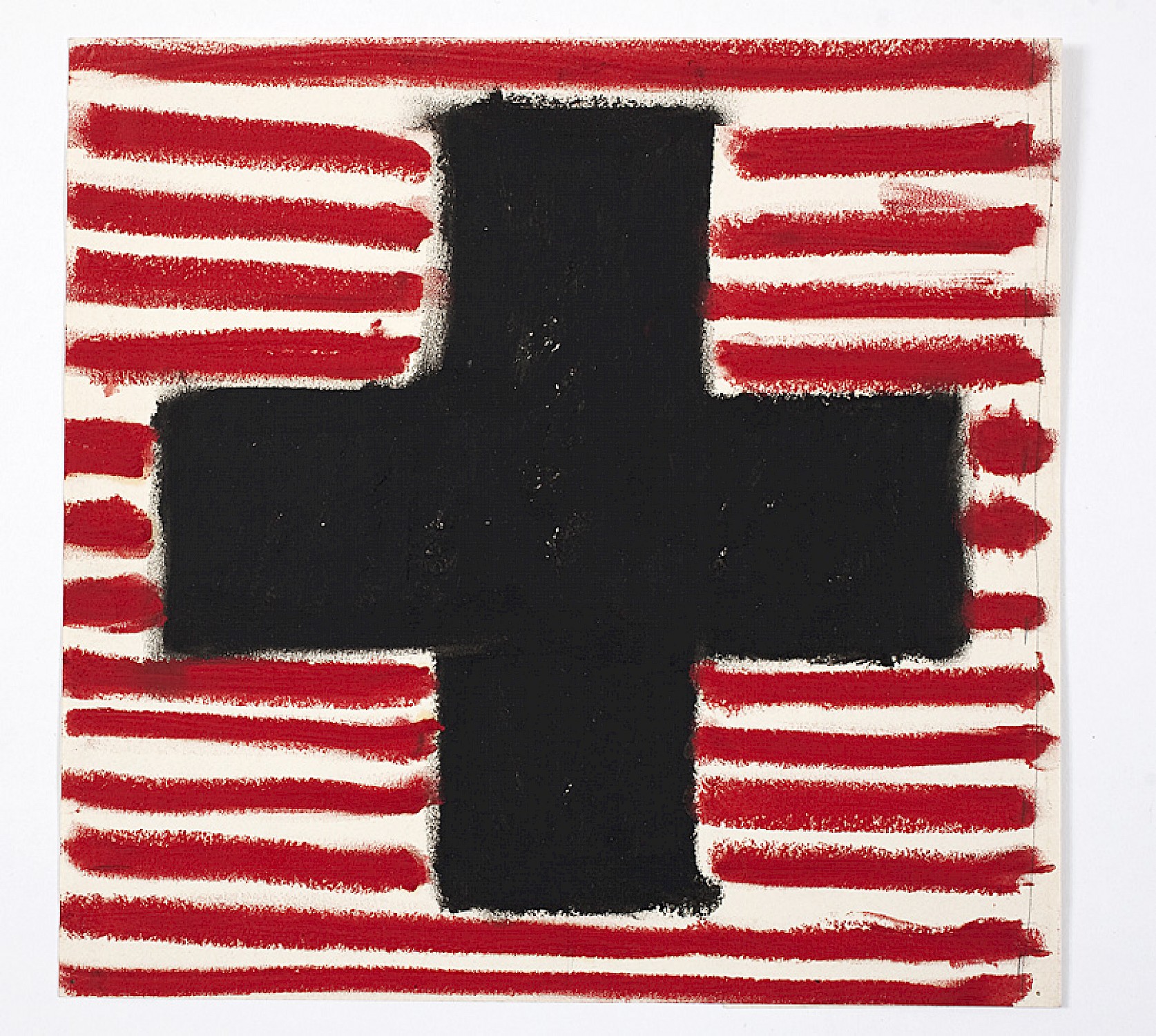 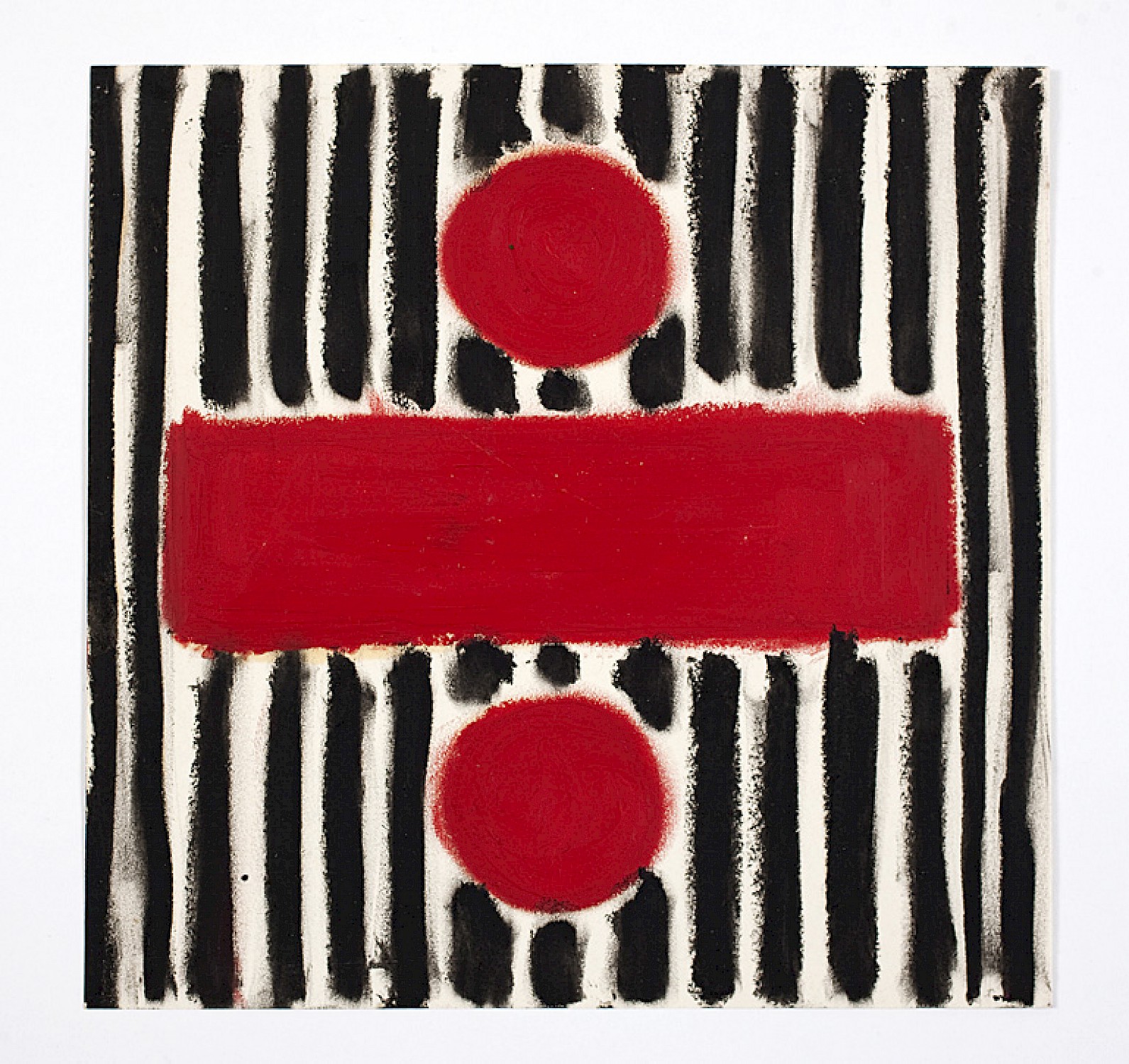 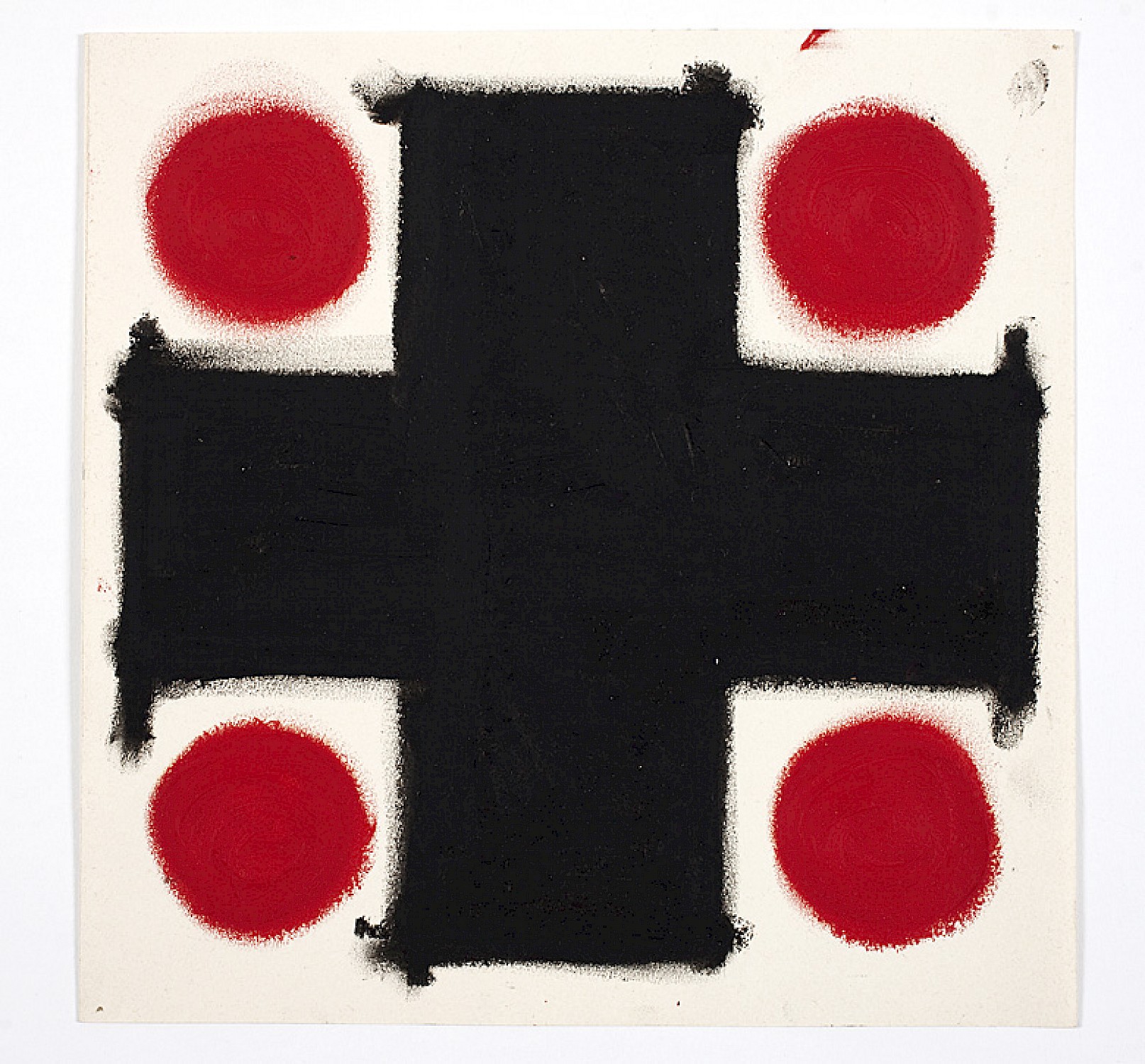 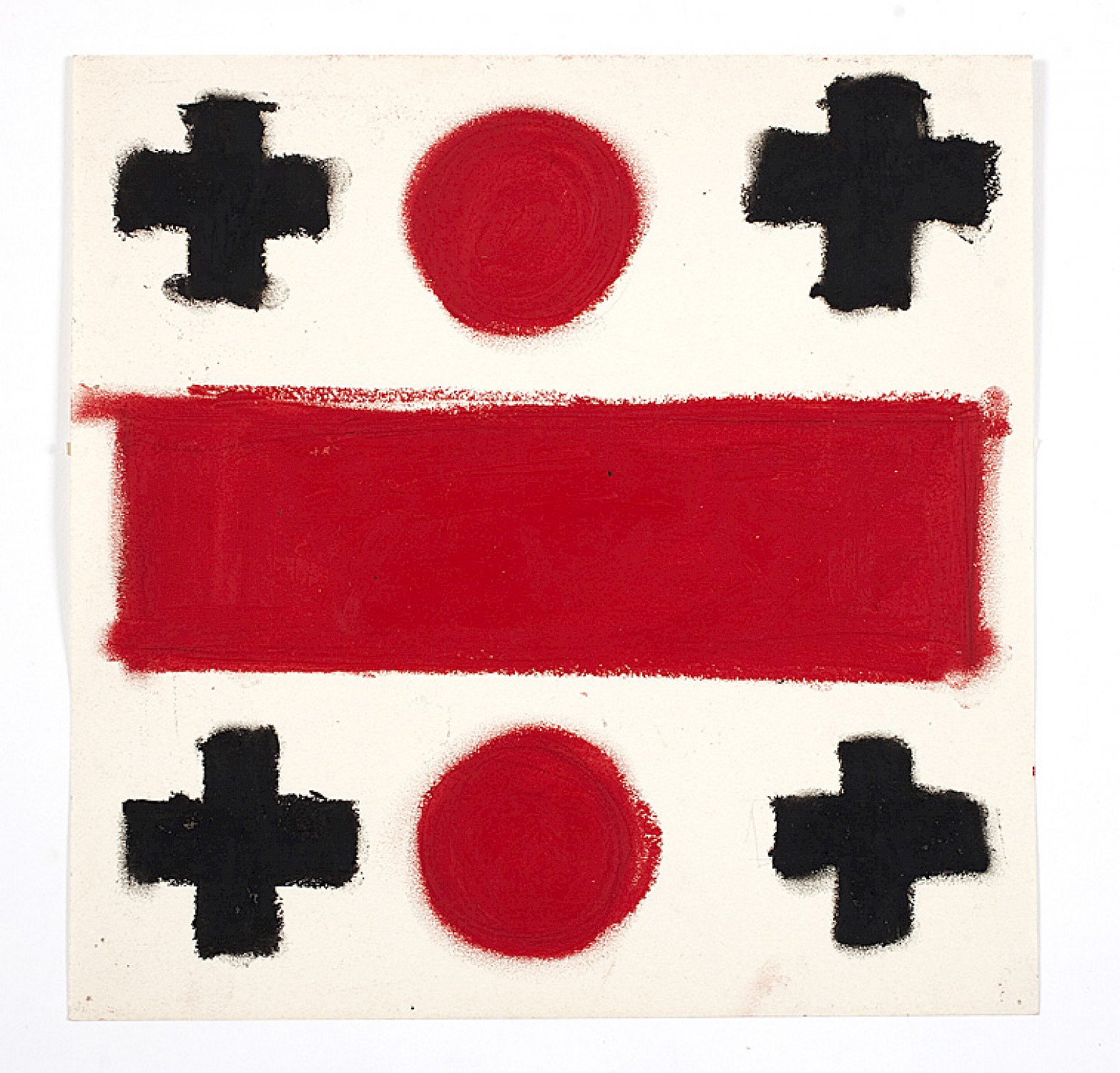