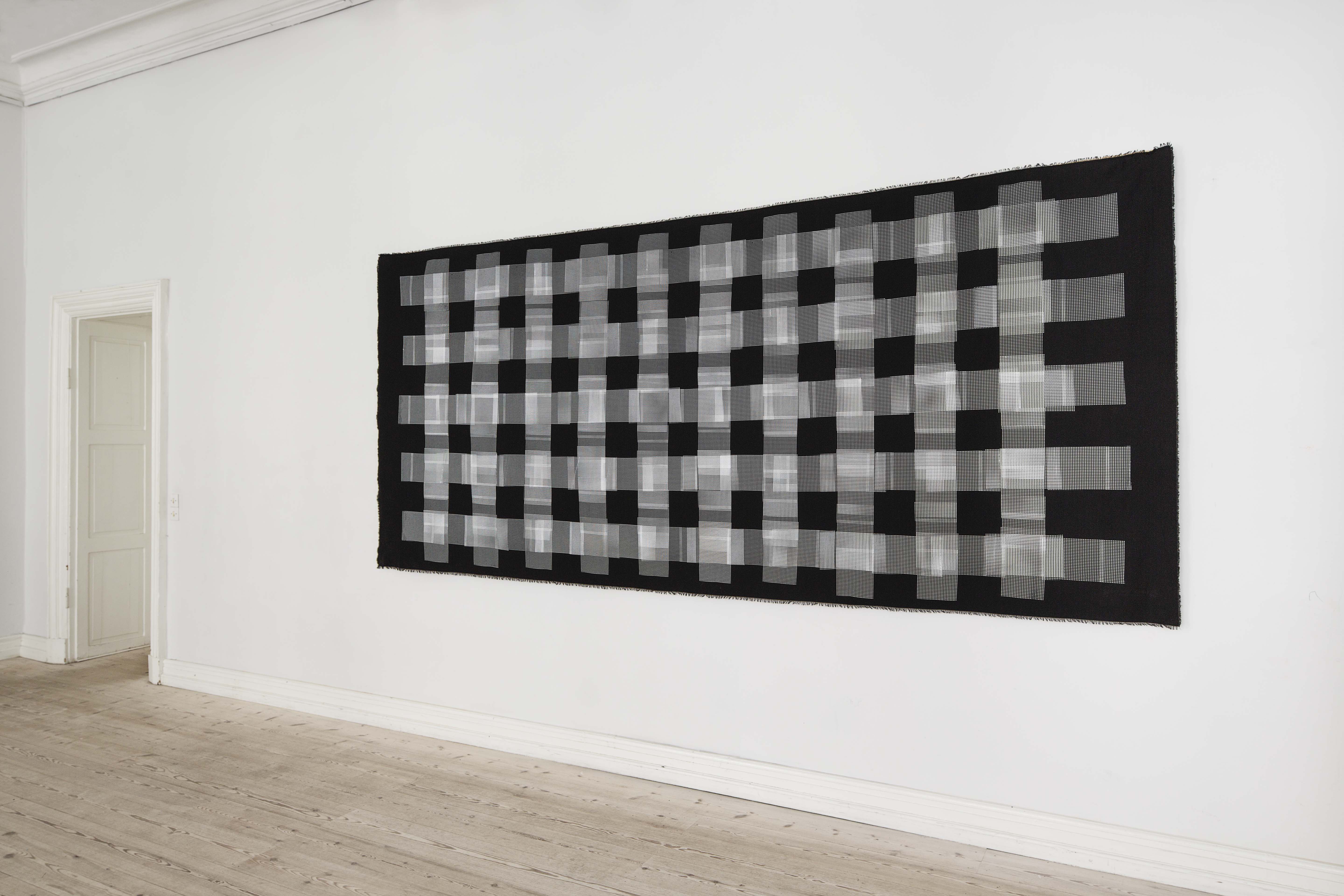 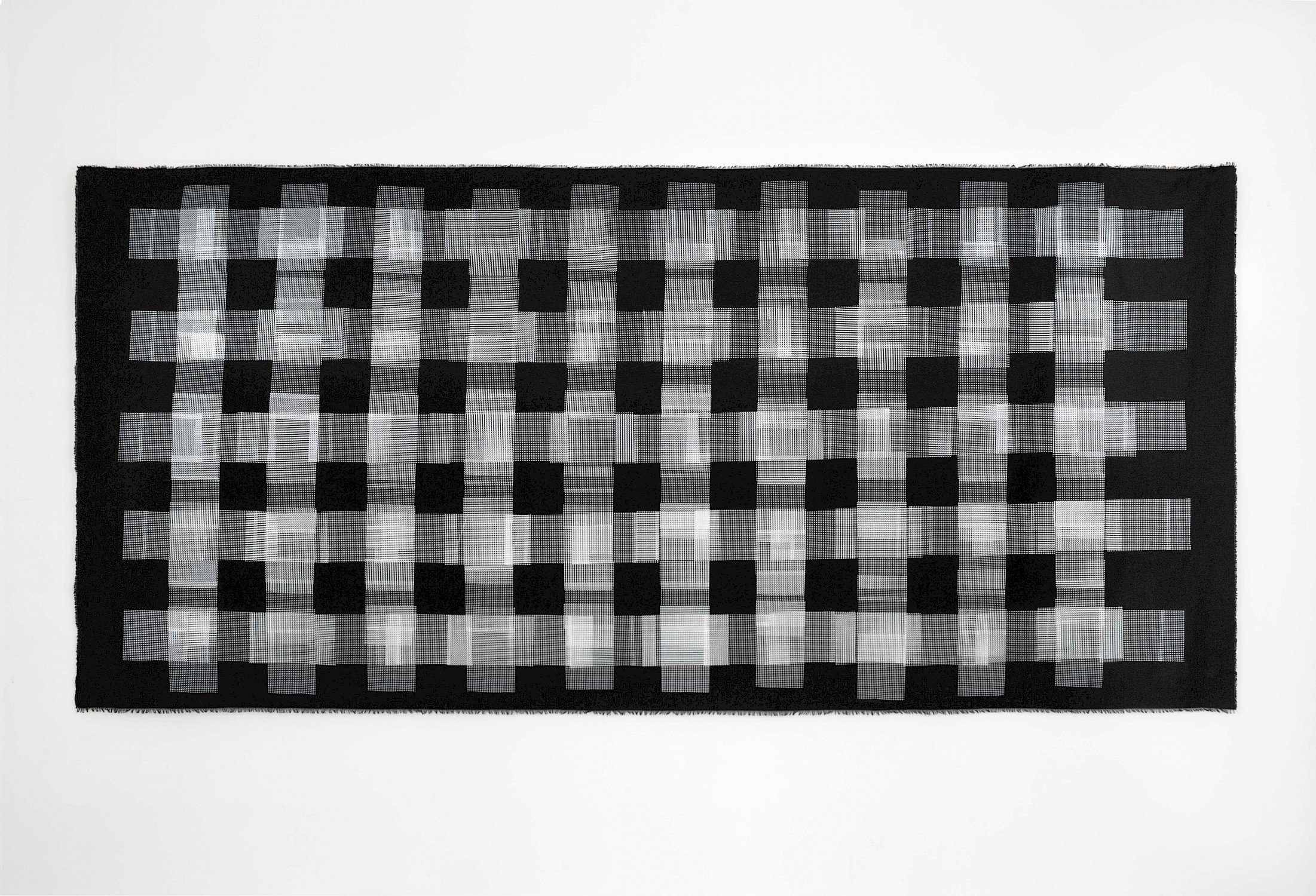 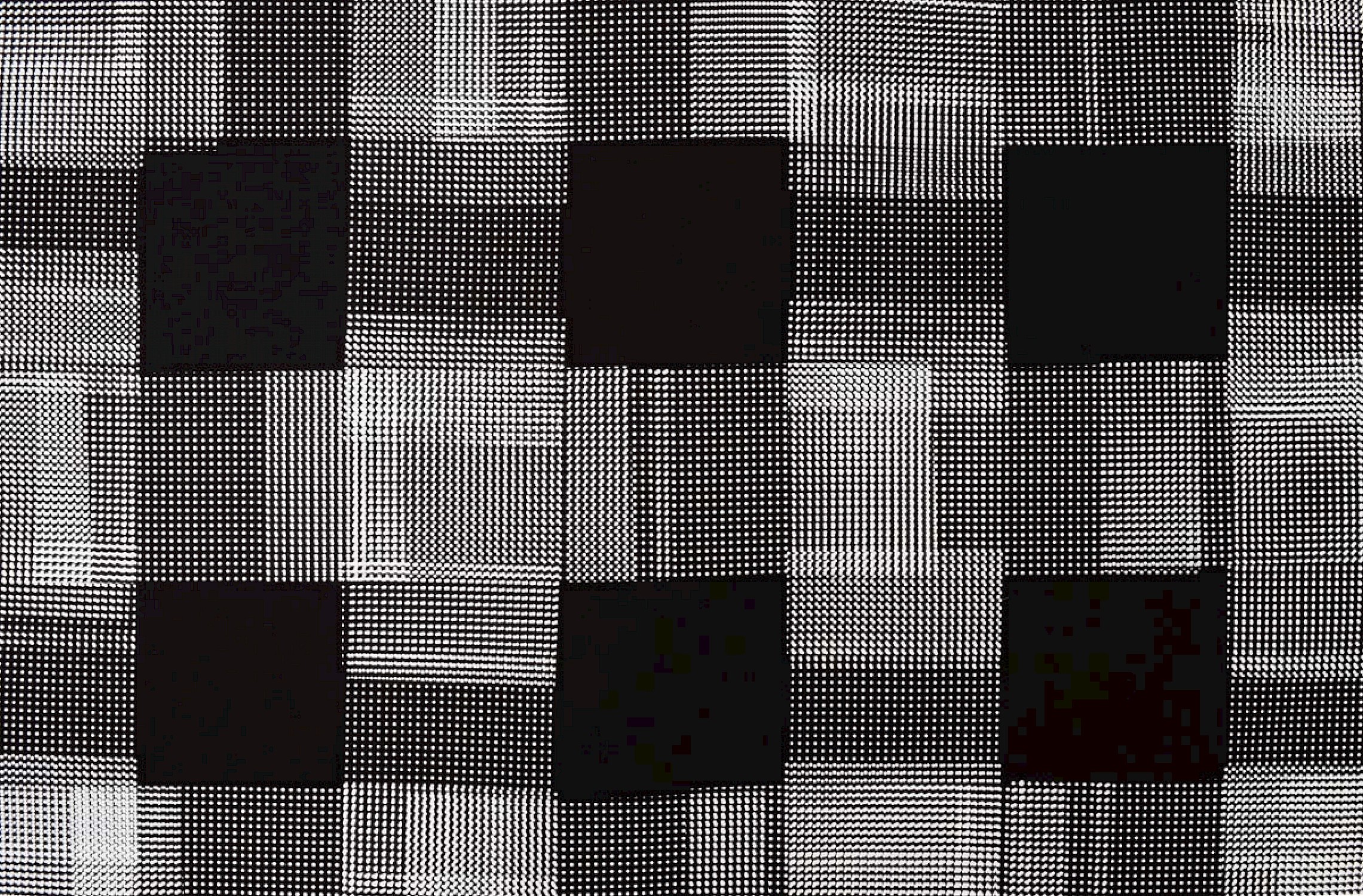 The density in the black bearing elements in the overlapping gaps of the checker is the inherent color of the cloth which in the interruptions/pausations are brought forward. In their respective incorrectness, unevenness, ”flaws” they become accenturated by the displacement of the printed layers and undefinable imaging into the checker which is blocked by the superimposed ”grid” that breaks up the surface in a multitude of single images, an imagery of a predominantly geometric nature.

The surface thus by the displacement of the dots, becomes a constant vibrating between the underlying that moves into the material and the controlling square which pushed out from the cloth itself becomes a link that while stabilizing the surface in various points also in these blocks the movement of the gaze from the outside into a landscape of signs and forms.