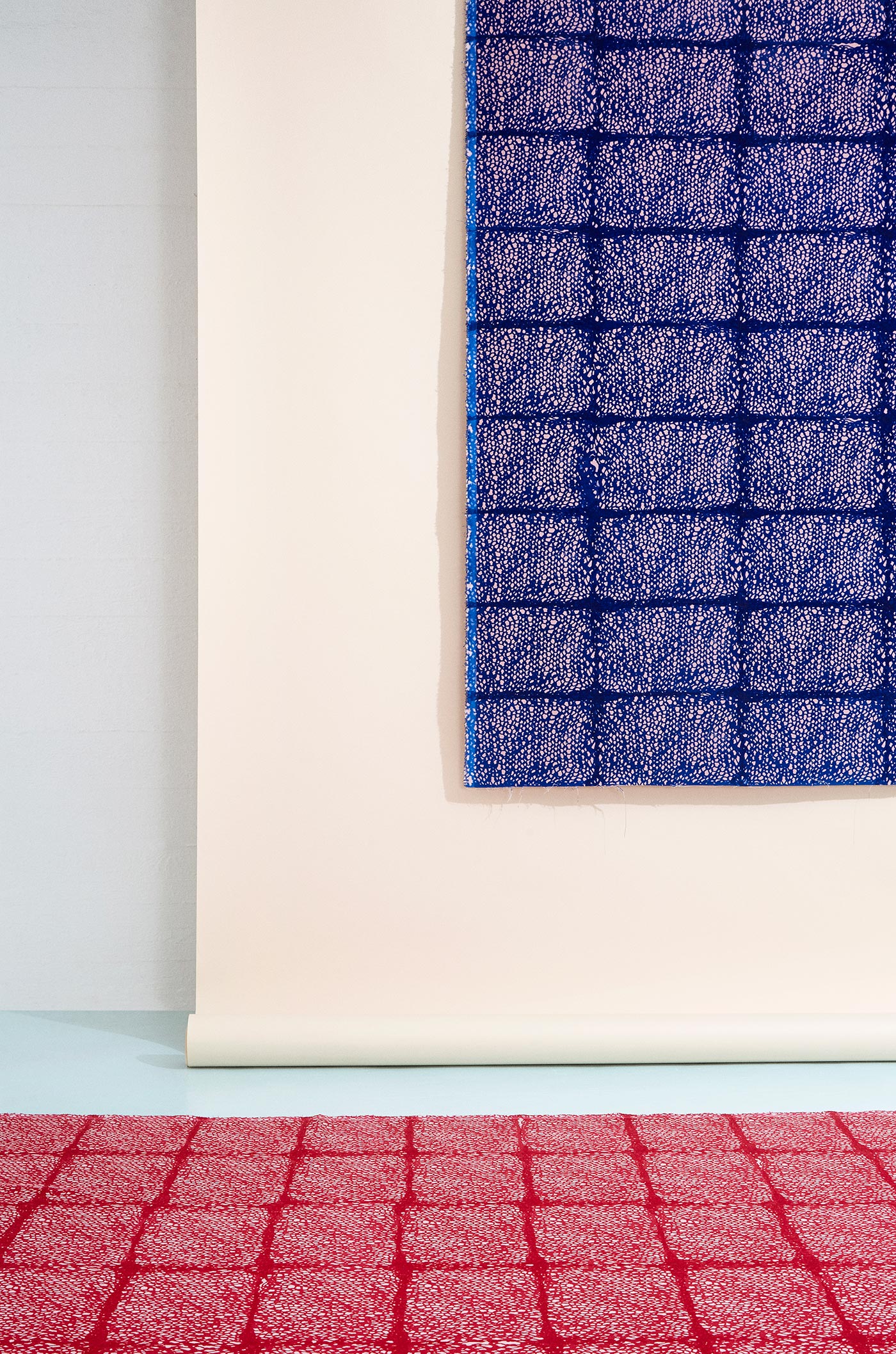 Rohland interpret KNIT (since 2003 ref. “SignLingo” exhibition) in a referential circumstantial manner. Circumstantial in it’s inherent question, referential as it plays with an arthistorical approach in objectifying the work through a referential question – like Beuys’ Is It About A Bicycle? Or the reversed approach like Magritte’s Ceci N’est Pas Une Pipe. 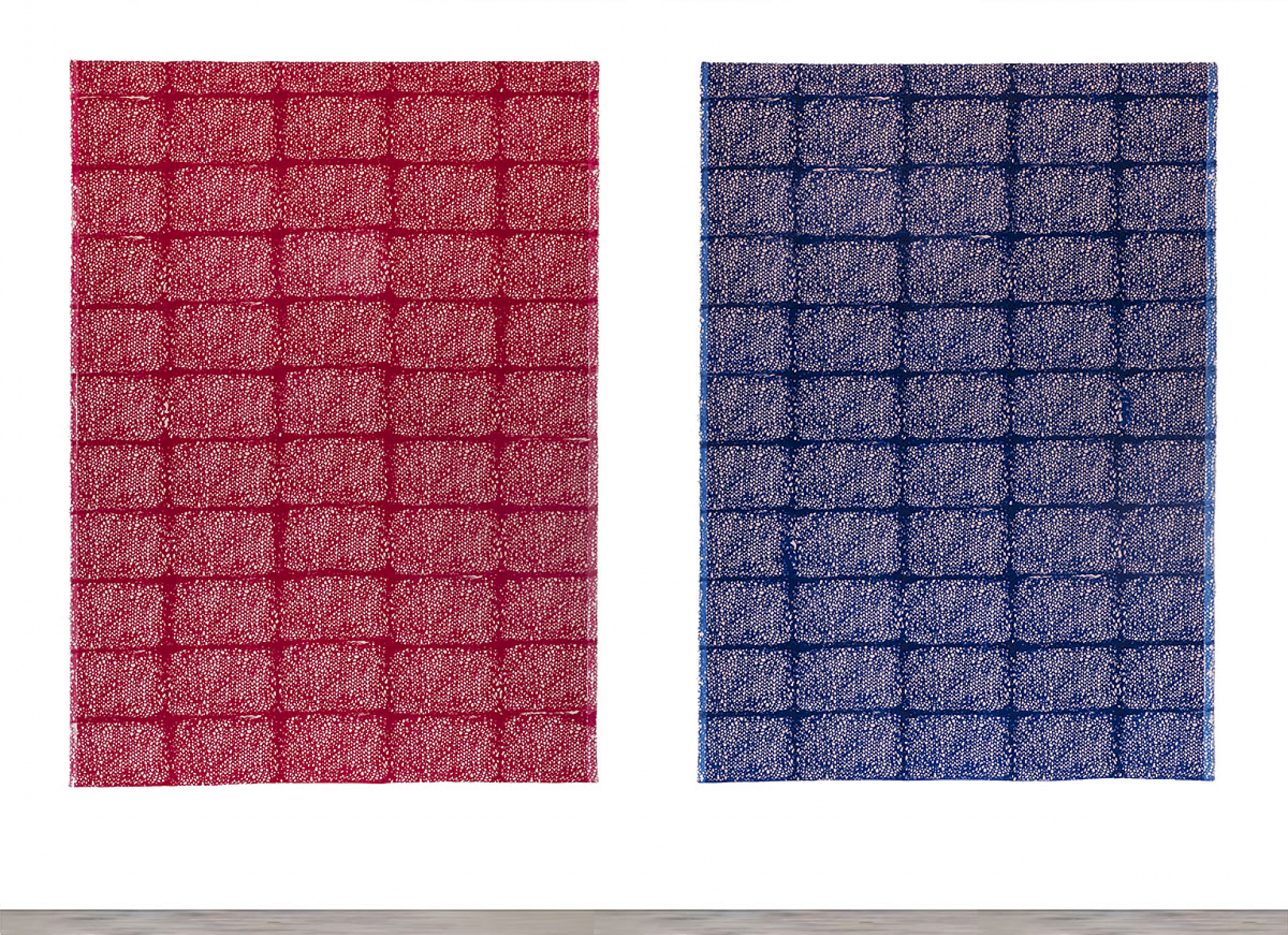 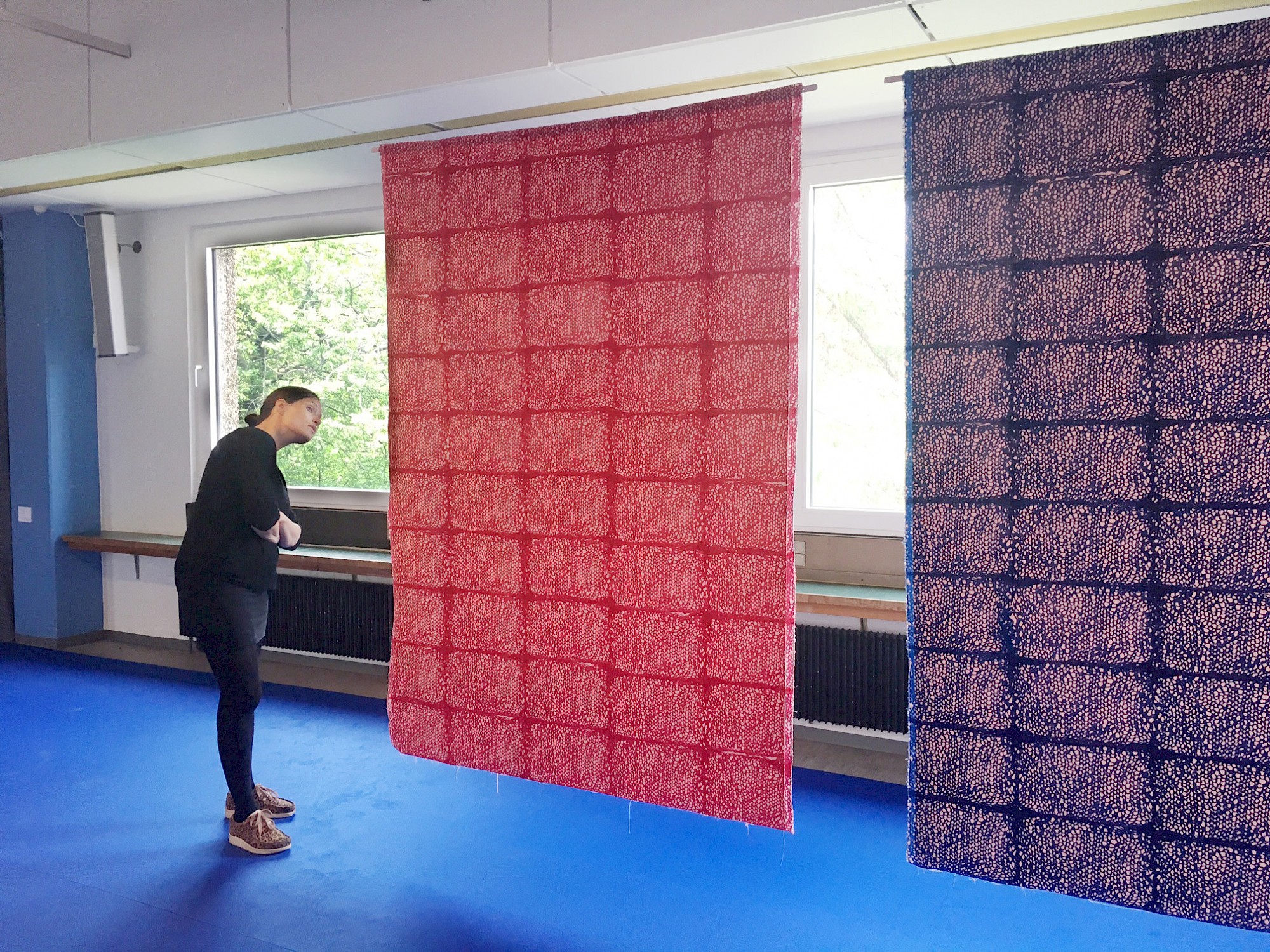 Knit itself is very tangible, recognizable and easily defined, a status it keeps however used. Because knit is defined by method but also by tradition, thereby purpose – the method remains the same but purpose may change into non-purpose when used in artistic endeavor, as in painting.

Through these two works I combine the above in a representation of knit by printing a simple but original piece of knit com- bining origin (craft) with transformation through representation into the concept of knit (art).

From early egyptian findings of nalbinding 2000 years ago, pattern became, with the evolvement of knitting an integral part of knit – therein defining cultural origin. I’ve chosen to strip it of all such reference, by knitting an anonymous piece of knit stripped of external reference to origin or use, but transforming it into a pattern in itself through repetitive printing of it, with the final purpose of making it a representation of knit. Printing the image of it with silkscreen onto a prefabricated cloth, it is thereby taken into the crossfield between pictorial art and handycraft. Thus AERO #5/red and AERO #5/blue, are knit within the concept of representation. 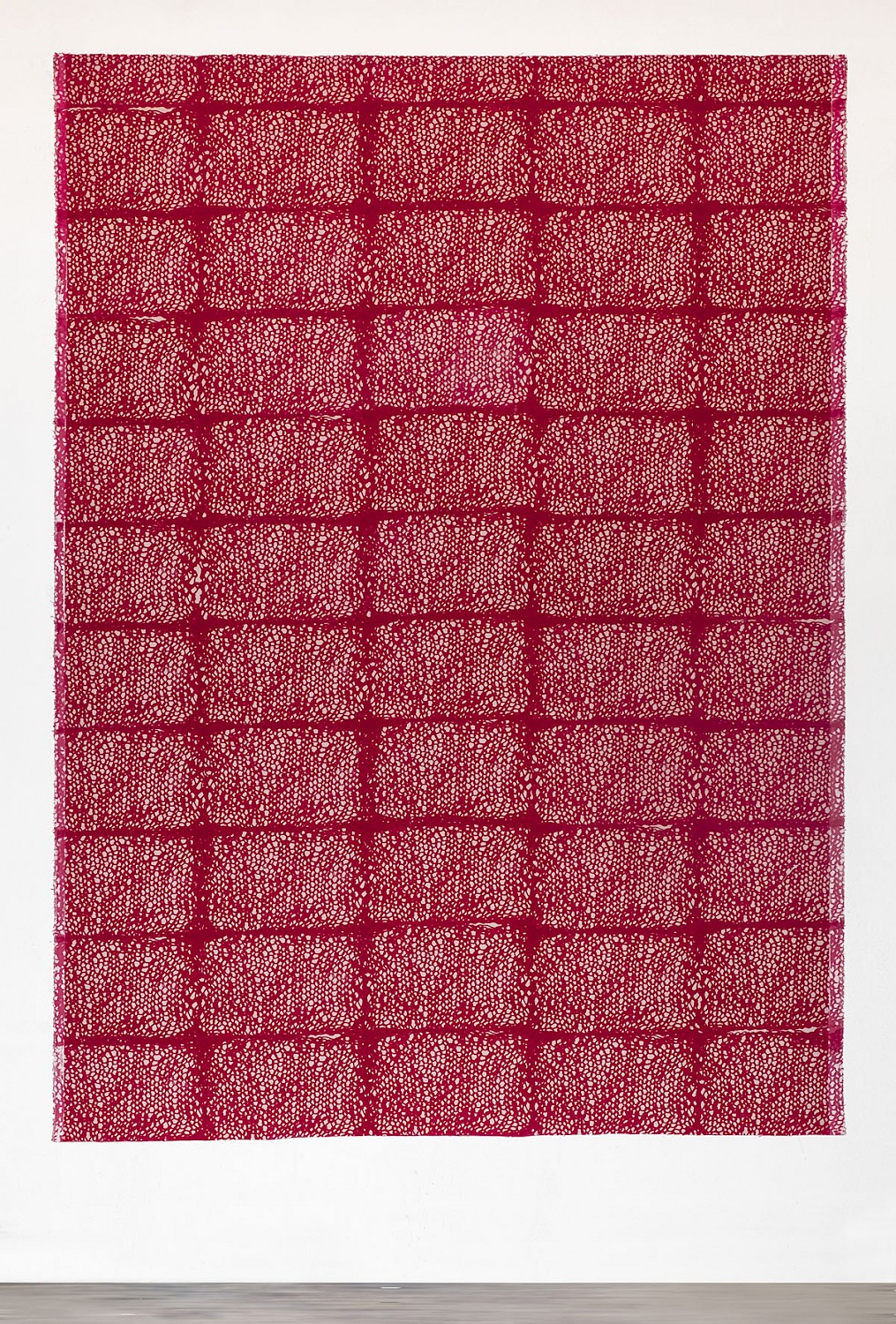 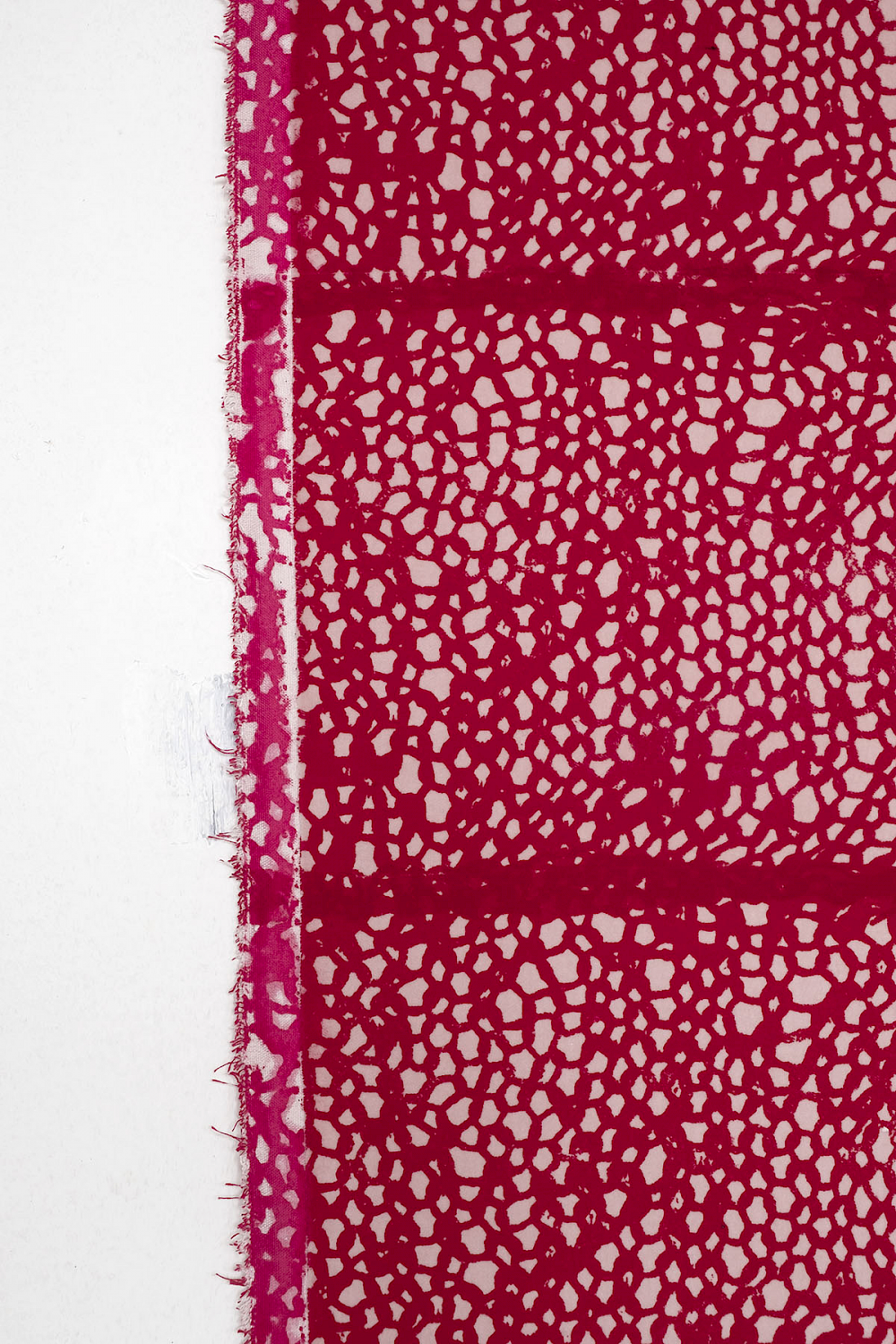 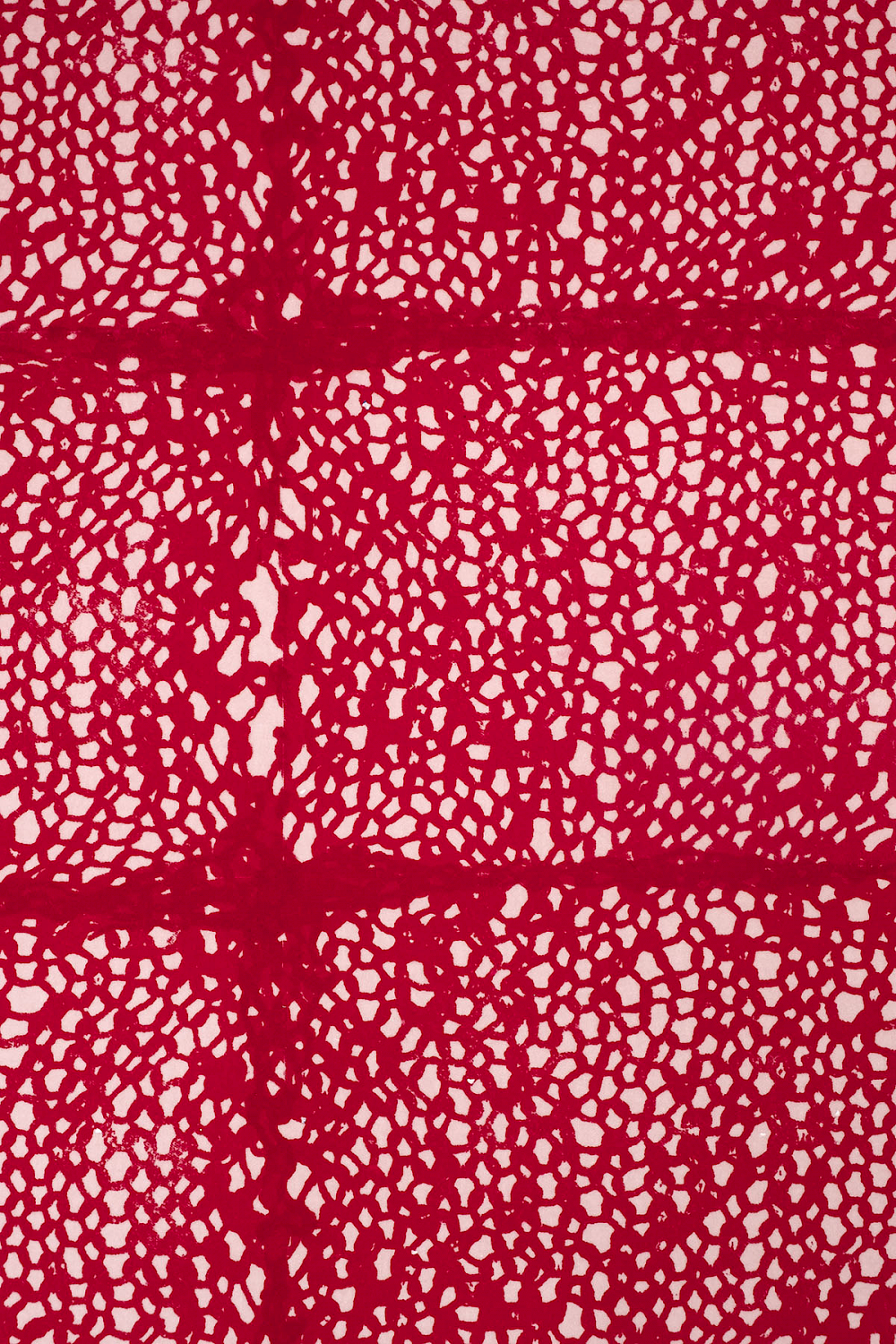 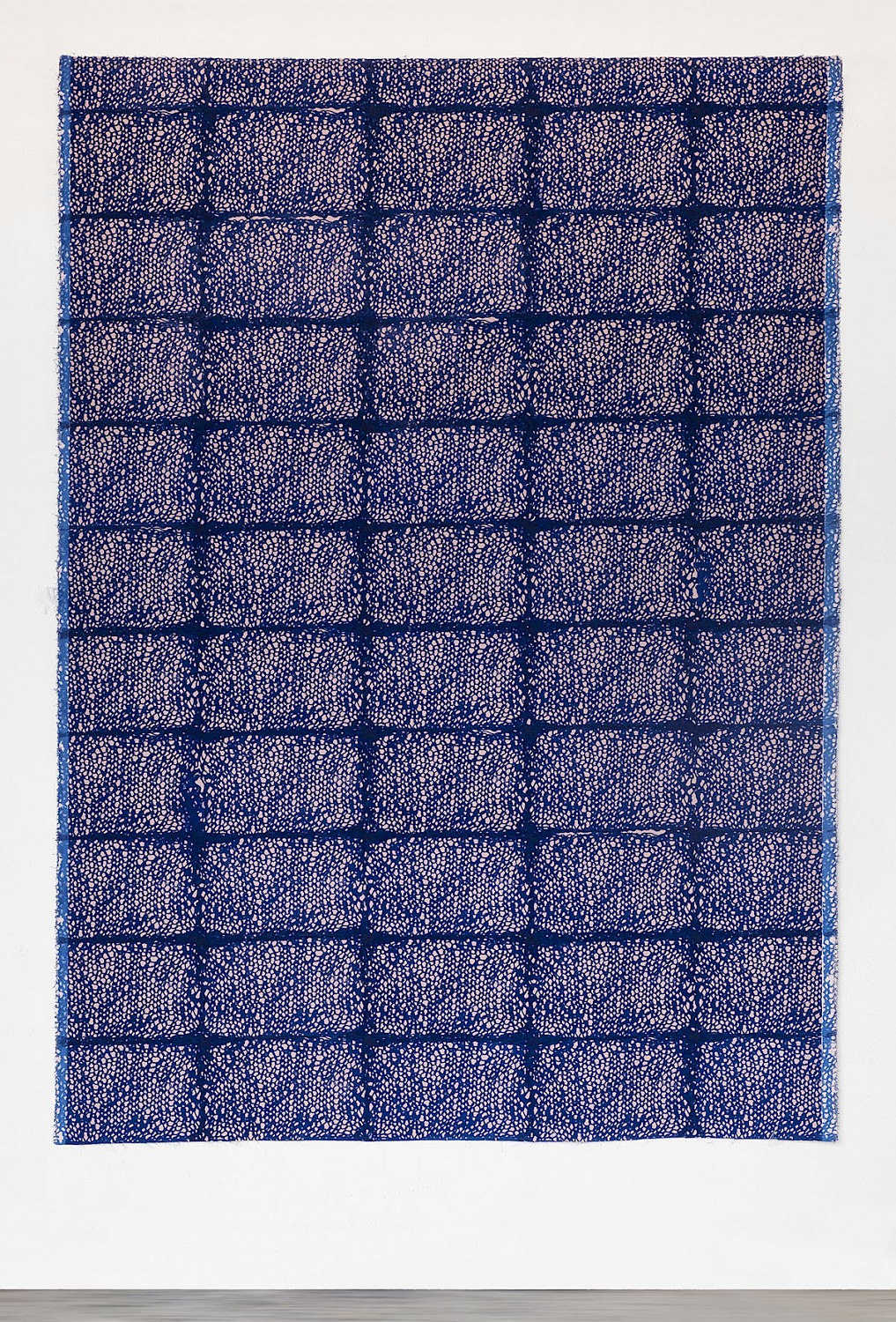 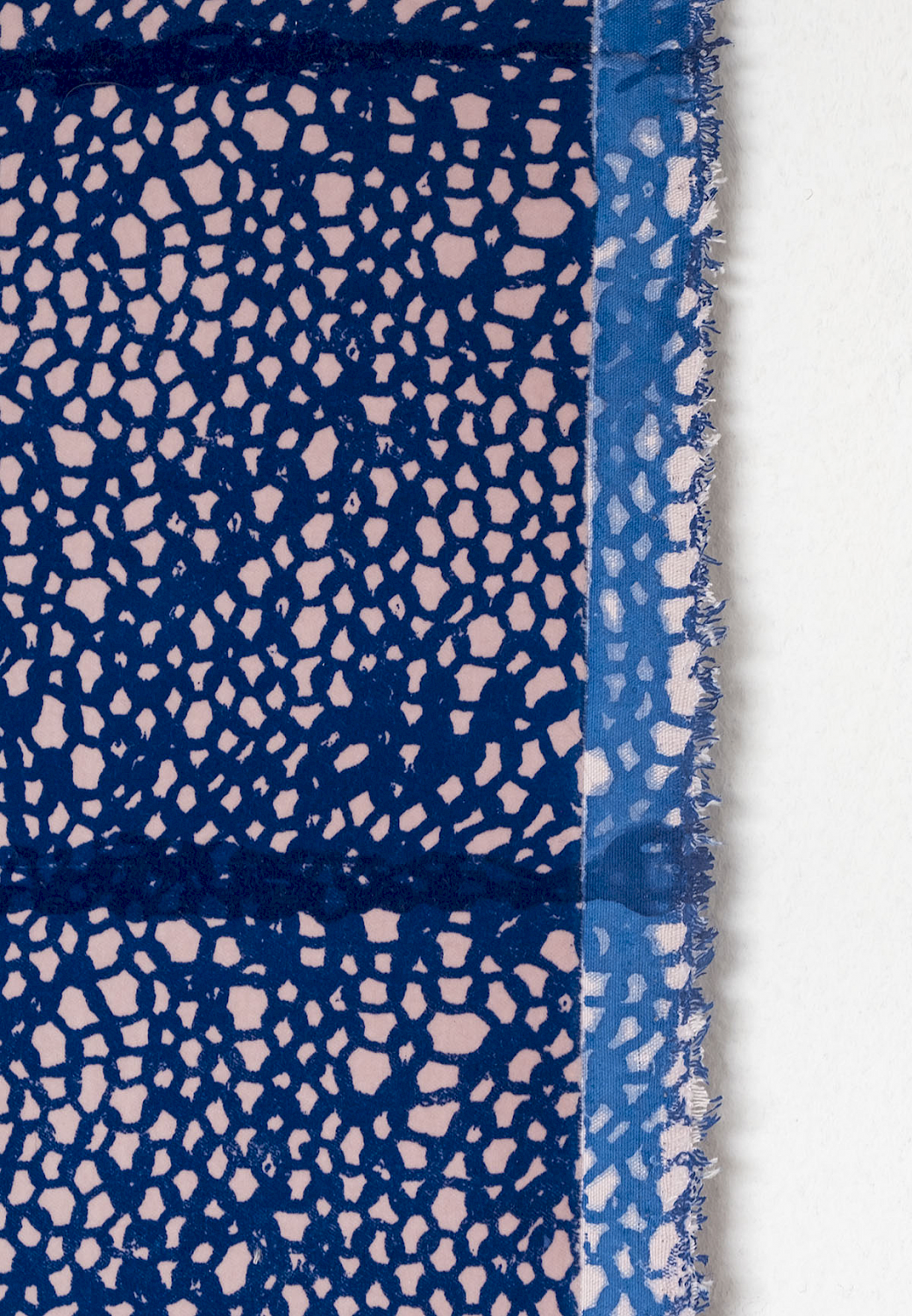